Explore the veteran memorials of the Governor Nelson A. Rockefeller Empire State Plaza. 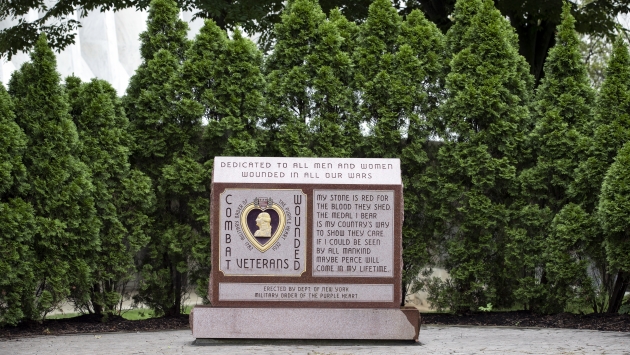 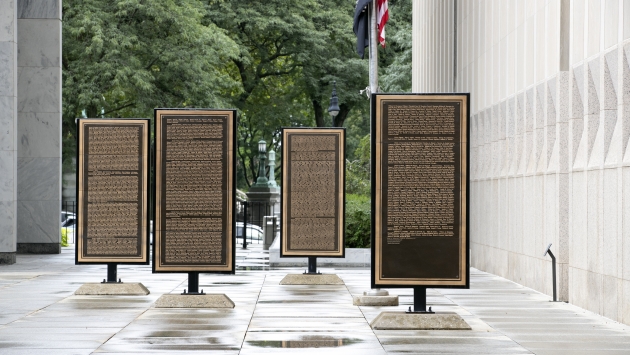 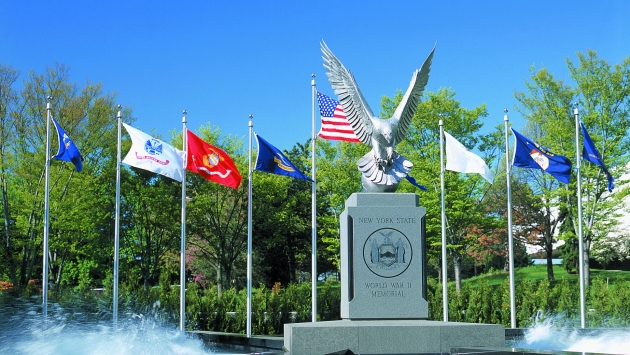 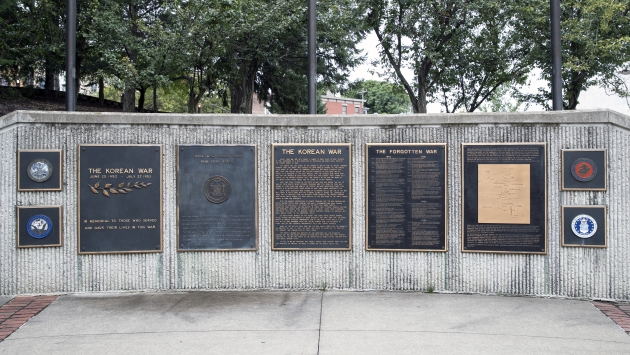 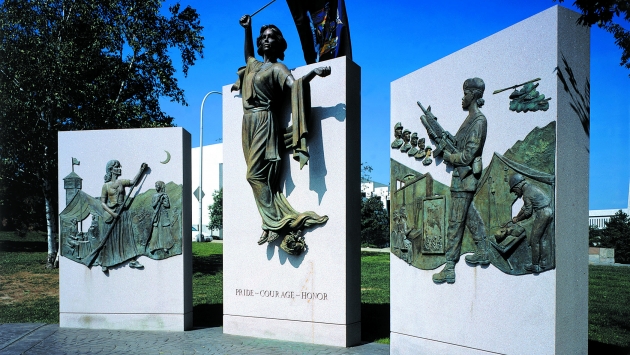 Are all of the memorials outdoors?
The majority of the memorials are outdoors on the Plaza with the exception of the Dr. Martin Luther King, Jr. Memorial and sections of the New York State Vietnam Memorial that are located in the Empire State Plaza Concourse.

Who are the women represented on the New York State Women Veterans Memorial?
The two bronze sculptures of women on the memorial represent women veterans from all areas of service and Lady Liberty is placed in the middle of the two sculptures.

When did the Purple Heart Medal originate?
The Purple Heart, the nation’s oldest military decoration in current use, originated in August 1782 by General George Washington during the American Revolutionary War.

What is the significance of the tall hedges around the World War II Memorial?
The hedges are made in the shape of a wreath, a common military insignia, that is inverted to represent both the heroism and grief of war.

Why are there two fountains at the World War II Memorial?
The two pools of water represent the Atlantic and Pacific theaters of war. The two fountains shoot out strongly from between the two pools, representing the force of American troops as well as the turbulent nature of the war itself.

Have the memorials changed over time?
Several memorials, such as the Fallen Firefighters Memorial and Police Officers Memorial, are rededicated annually in special ceremonies. Their honor rolls are updated regularly to reflect those who die in the line of duty.

Do any Plaza memorials have an eternal flame?
The New York State Missing Persons Remembrance Memorial has an eternal flame burning at its top. A square, gray granite base is surmounted by a 20-foot-tall stainless steel sculptural frame that supports the flame, which is meant to both literally and figuratively provide the light home. The memorial is dedicated to the men, women, and children of New York State who have been reported missing, and offers families affected by the unexplained disappearance of a loved one a place to reflect and remember.