Discover the story behind the Suffrage Memorial Tablet at the New York State Capitol. 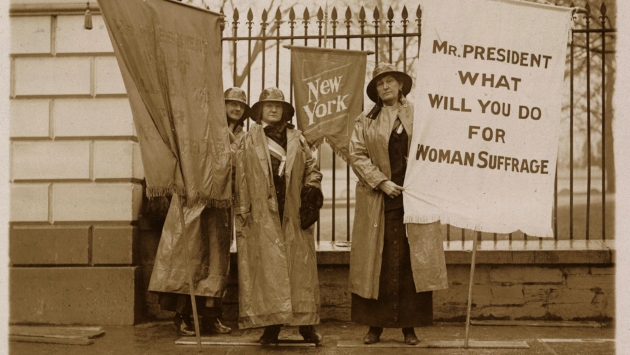 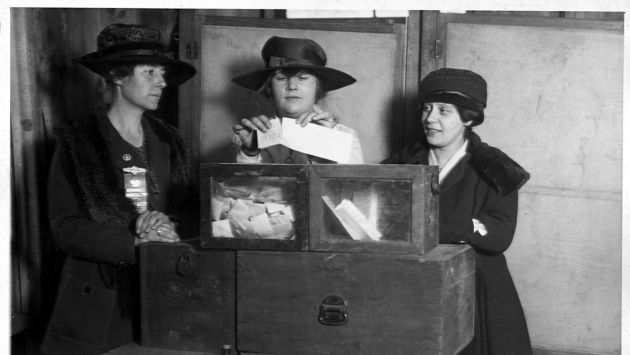 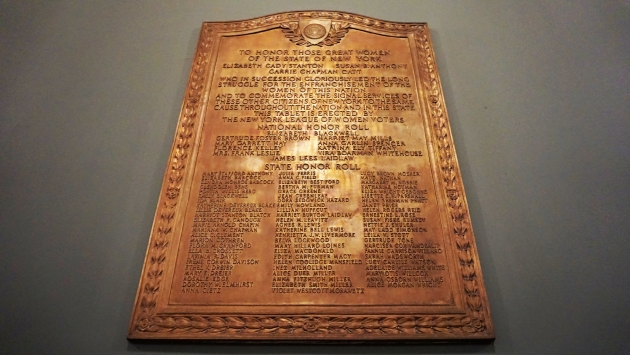 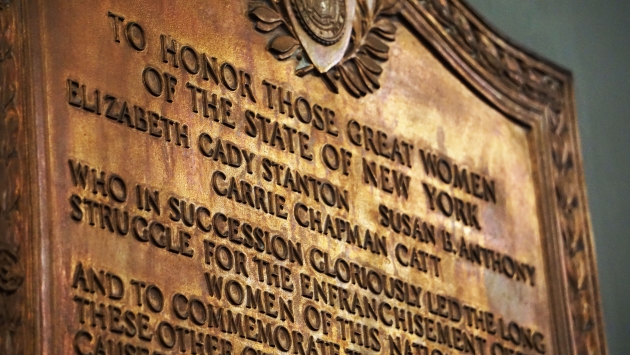 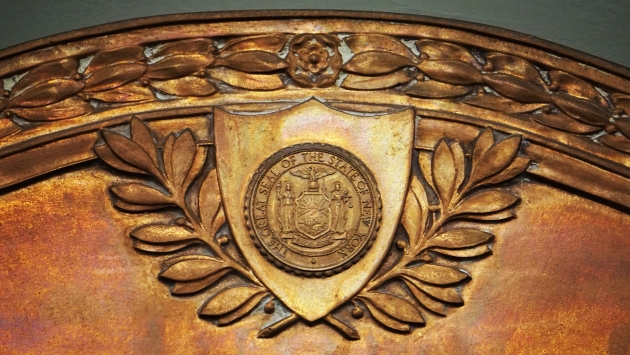 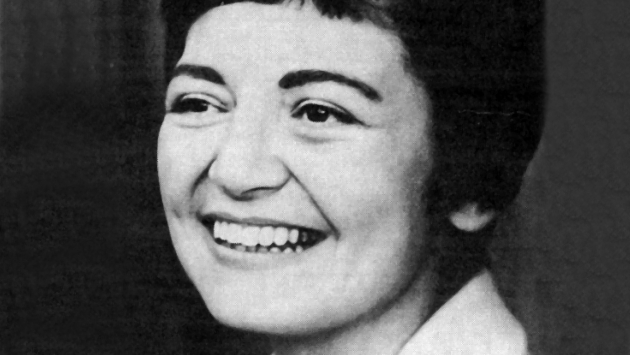 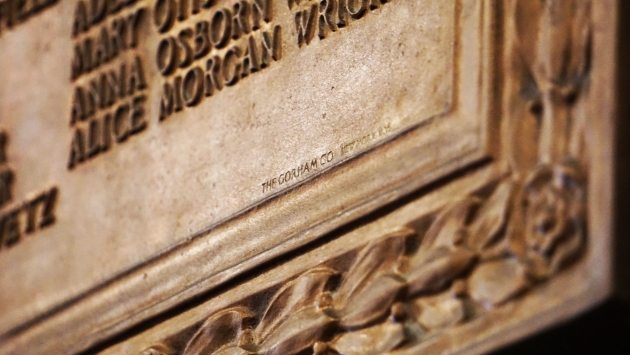 The League of Women voters dedicated tablets such as this one throughout the country. Many suffragists from New York are also listed on a National Honor Roll in Washington, DC.

The State Honor Roll of suffragists commemorates activists going all the way back to the 1848 Women’s Rights Convention at Seneca Falls.

The New York State Seal is at the top of the tablet.

Lt. Gov Krupsak was the second woman in New York State history to be nominated by a major party in a statewide election.

The Suffrage Memorial Tablet was produced by The Gorham Company’s bronze sculpture foundry.

How was a woman’s name chosen for the Memorial Tablet?
The majority of the 84 names listed on the plaque were involved with fundraising for the Suffrage Memorial Tablet.

Who were Harriet and James Laidlaw?
Harriet Laidlaw organized for women’s right to vote and became the first woman elected to the board of directors of Standard and Poor’s. Her husband, James Laidlaw was president of the Men’s League for Women Suffrage and the only man with a name listed on the Suffrage Memorial Tablet.

Why did it take until 1930 to get a Women’s Suffrage plaque in the Capitol, when the state allowed the right to vote in 1917?
The Suffrage Plaque not only commemorated women’s right to vote but was installed to commemorate the tenth anniversary of the National League of Women Voters. Suffragists donated money to the organization to put themselves or their colleagues listed on the plaque.