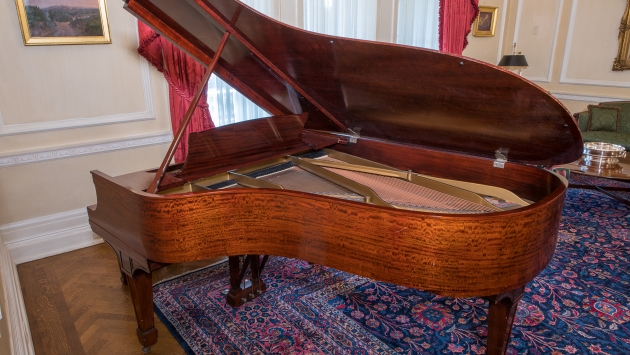 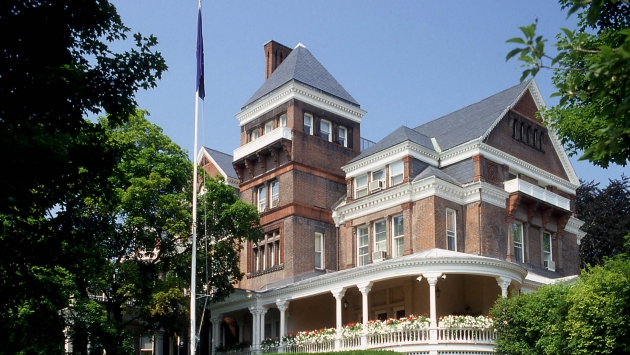 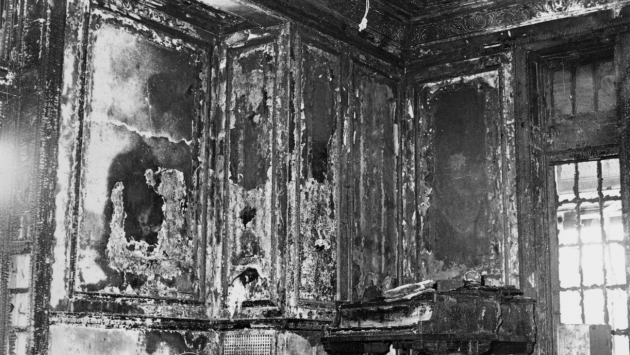 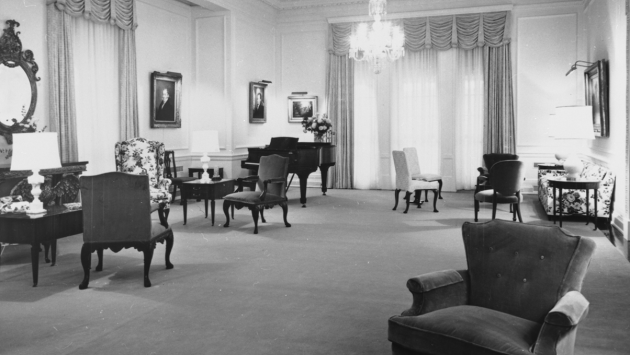 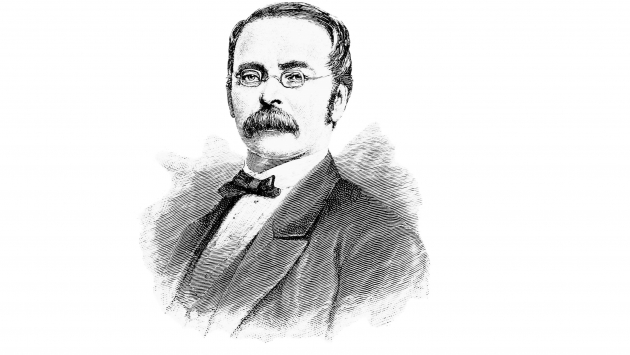 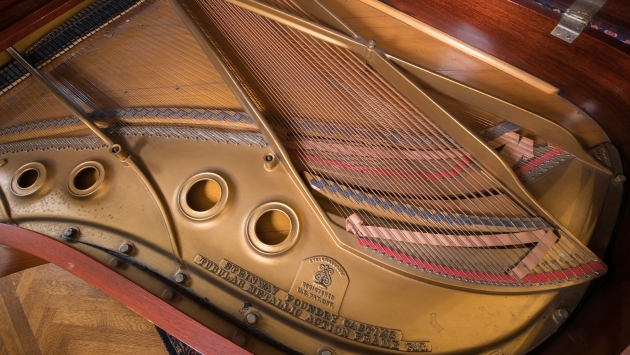 Exterior of the Executive Mansion

After the 1961 fire and drawing room restoration, the Steinway sits in the far corner

When was the Steinway piano in the New York State Executive Mansion produced?
The instrument’s construction was completed on August 3, 1925, and was shipped the following month to Cluett and Sons at 265 River Street in Troy, NY.

What was the 1961 Fire?
In 1961, a fire broke out in the New York State Executive Mansion as a result of an electrical issue. Governor Nelson A. Rockefeller advocated to restore the Mansion rather than tear it down post-fire.

What other famous celebrities own a Steinway?
Composer John Williams, musicians Lang Lang and Billy Joel, are just to name a few.

Where are Steinway pianos produced?
Steinways are produced and manufactured in the United States.

How many parts make up a grand piano?
A Steinway grand piano is made up of 12,116 individual parts.

In 2000, the Steinway piano John Lennon used to compose the song "Imagine" was sold for over $2 million dollars to which famous pop star?
Singer George Michael

Which President received a Steinway on December 10, 1938?
Franklin D. Roosevelt