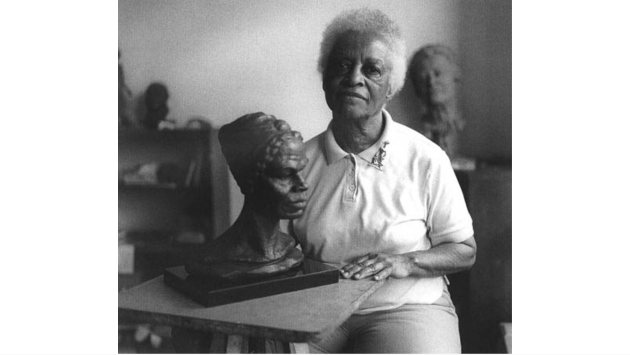 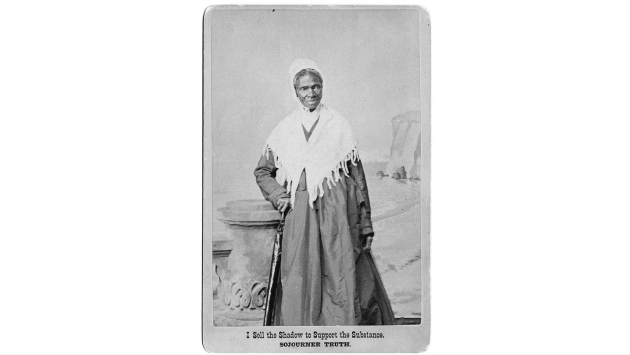 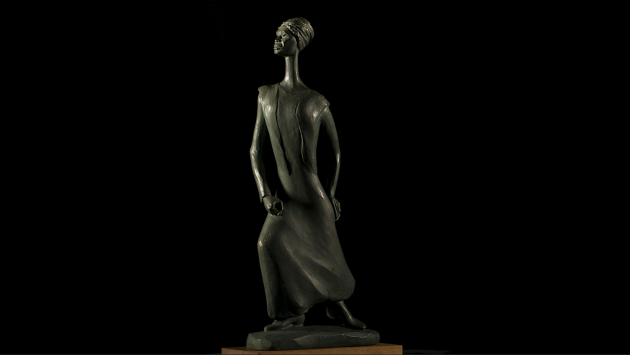 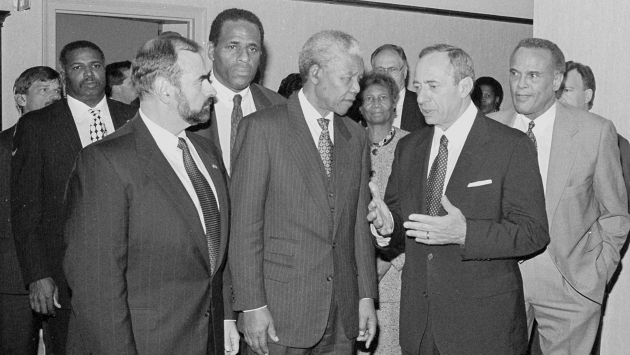 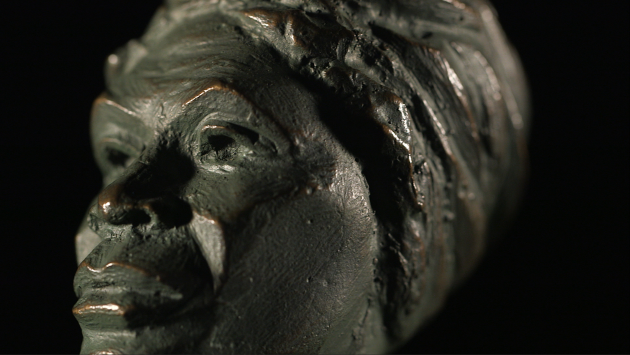 Close up of Sojourner Truth, 1968 by Ruth Inge Hardison.

When did Hardison begin to make clay sculptures?
Before working as an artist, Hardison was an actress and had a brief Broadway career. While performing the play What a Life, she began making clay sculptures during downtime in between acts.

What was the name of Hardison’s famous collection of busts from the early 1960s?
Hardison sculpted a group of busts for a collection called “Negro Giants of History” which featured Harriet Tubman, Martin Luther King Jr., George Washington Carver, and Sojourner Truth.

Who was Sojourner Truth?
Sojourner Truth, originally named Isabella Baumfree, was born enslaved in Hurley, New York.  She escaped from her enslaver in 1826 and changed her name to Sojourner Truth in 1843. She became an itinerant preacher and advocated for abolition, and civil and women’s rights. She is known for her famous speech “Ain’t I a Woman?” given in Akron, Ohio in 1851.

How did Hardison produce and sell her artwork?
Hardison often made her sculptures from clay and had them mass-produced in order to make them affordable to mass audiences. In 1961, she wrote to a friend and said, "I feel that everybody should have the pleasure of owning a work of art."

How did Hardison get into sculpting?
Hardison was a model for students at an art school. While on a break, she began working on some clay leftover in the classroom. “I would handle the clay and I found that it was interesting,” she once recalled. “I began to do people I knew and people began to buy what I was doing.”

Can other works by Hardison be seen in New York State?
Though many of her works are owned privately, there is a large, abstract sculpture called "Jubilee" found at Medgar Evers College in Brooklyn. At Hunts Point School in the Bronx, Hardison installed sculptures of children. A five-foot sculpture of a mother and child was given to Mount Sinai Hospital.

How did Sojourner Truth get her name?
According to Truth, her name came from God during her work as a traveling preacher. In her own words, "Sojourner because I was to travel up and down the land showing people their sins and being a sign to them, and Truth because I was to declare the truth unto the people."