Discover the story behind Isamu Noguchi’s Studies for the Sun, 1959-64. 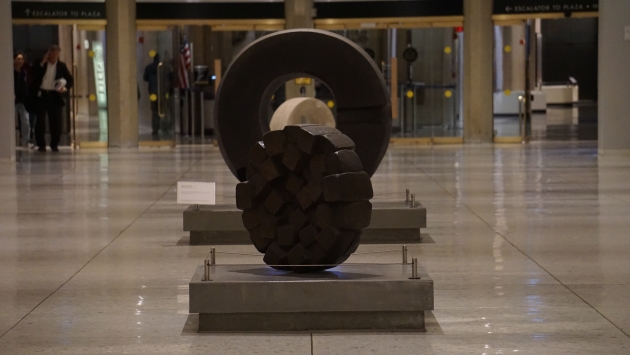 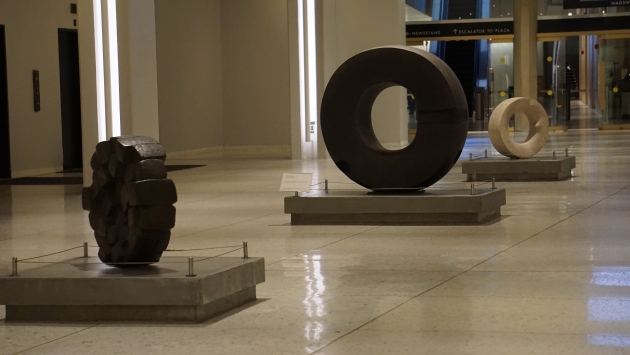 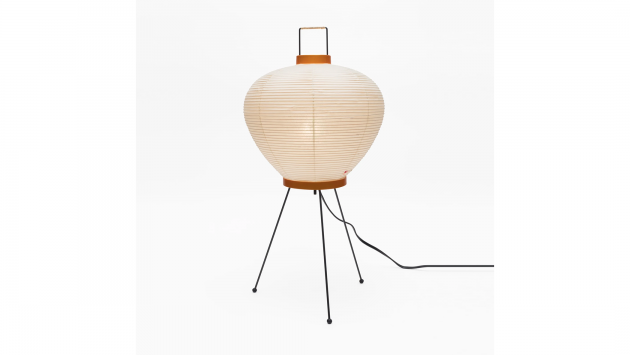 Studies for the Sun by Isamu Noguchi on the Empire State Plaza concourse.

The sun, or a circle, is a common visual element in Noguchi’s work.

The sculptures are displayed east to west.

Originally outside, the sculptures were moved indoors for preservation.

The smallest Sun sculpture is made of travertine, the same material found throughout the Empire State Plaza.

Where did Noguchi get inspiration for his work?
Noguchi often incorporated Western and Eastern influences in his work and was inspired by the art and materials found while traveling, such as the ceramics of Japan, the public art in Mexico, and the marble of Italy.

Where did Noguchi study to become a sculptor?
Noguchi initially trained in medicine while taking sculpture classes at the Leonardo da Vinci Art School in New York. In 1927, he worked as a studio assistant to abstract sculptor Constantin Brancusi and eventually met artists such as Alexander Calder and Arshile Gorky.

Was Noguchi an activist?
Noguchi advocated against the prejudice Japanese Americans faced as a result of World War II. He voluntarily stayed in an incarceration camp in Arizona for seven months.

Which sun study in the Empire State Plaza Art Collection most closely resembles the finished Sun in Yale University’s Sunken Garden?
Of the three studies, the iron sun is closest in form to the finished sculpture at Yale, although the iron version is darker and smaller.

Did Noguchi visit Japan throughout his career?
After spending part of his childhood in Japan, Noguchi continued to divide his time living and working in the United States and Japan.

What style of art is Noguchi’s work?
While Noguchi’s work is often classified as “abstract”, Noguchi did not want to belong to one type of style or school of art. He collaborated with a variety of artists and styles throughout his career.

What other piece of furniture did Noguchi design with a soft-corned, triangular glass top above curved, asymmetrical wood supports?
A coffee table

Which art center did Noguchi build a sculpture for in 1978?
Storm King Art Center in the Hudson Valley of New York

Which group did he cofound to raise awareness of the patriotism of Japanese Americans?
Nisei Writes and Artists Mobilization for Democracy