Once exhibited under the name George in an attempt to achieve more recognition, but, in 1954, Grace began to use her real name. 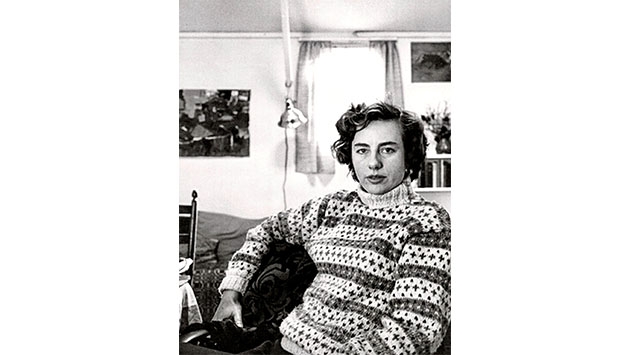 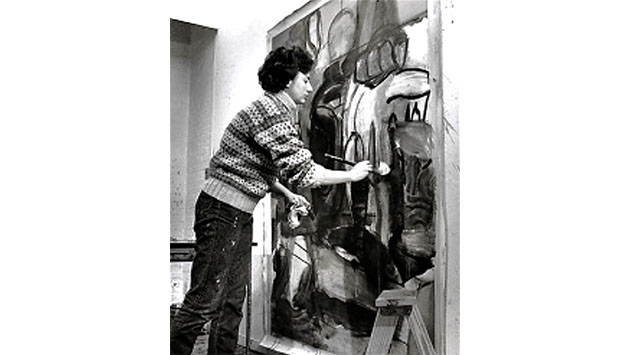 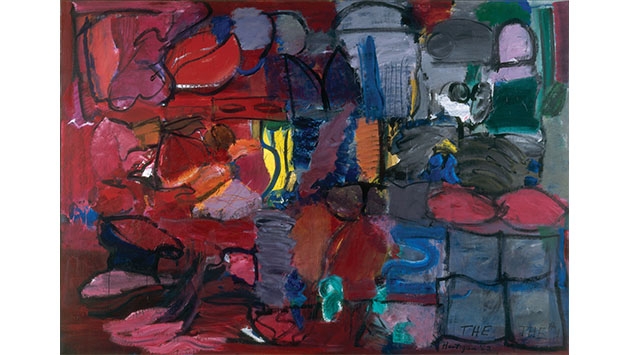 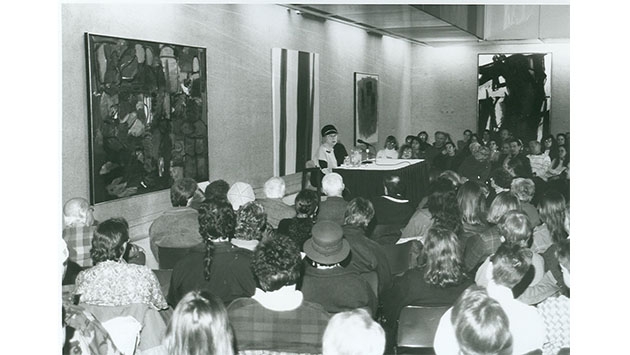 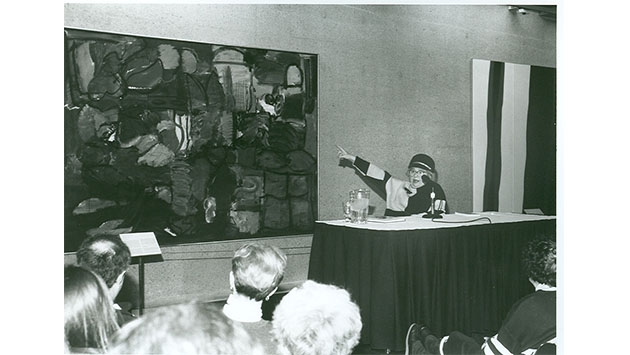 Grace Hartigan gave a lecture in front of her painting at the Empire State Plaza on April 4, 1980.

Grace Hartigan gave a lecture in front of her painting at the Empire State Plaza on April 4, 1980.

How did her painting style change in the early 1960s?
She began to create more transparent paintings and watercolor collages.  She explained “I have left the groan and the anguish behind.  The cry has become a song.”

Which two magazines did she appear in the late 1950s?
Hartigan appeared in Life Magazine in 1957 and in Newsweek in 1959. Life called her “the most celebrated of the young American women painters.”

What did Hartigan focus on as her subject matter in the early 1980s?
In the early 1980s, Hartigan focused on heroines as her subject matter. She created a series of paper dolls based on 1930s movie stars and did a series of "Great Queens and Empresses" including Empress Theodora of Byzantium, Elizabeth I of England, Empress Josephine of France, and Eleanor of Aquitaine.

Which 1950s pop icons inspired Hartigan’s artwork during the 1960s?
Hartigan was fascinated with the death of Marilyn Monroe and the launch of the Barbie Doll and also used paper doll books of historical figures to find the next subject for her artwork.

Which school was Hartigan named director of in 1965?
Hartigan was faculty at the Maryland Institute College of Art and later founded its graduate school of painting, later the Hoffberger School.  The artist worked and exhibited until her death in 2008.