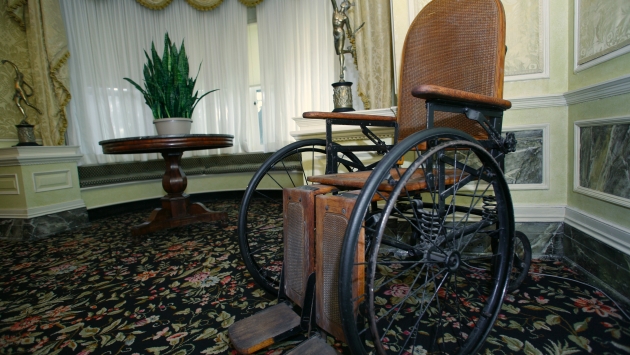 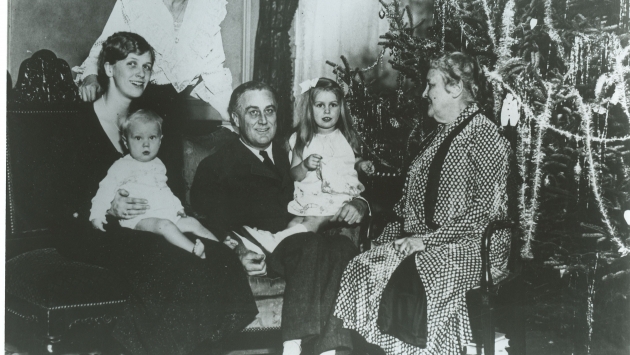 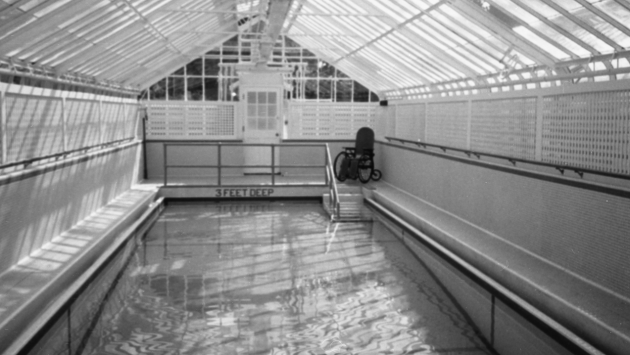 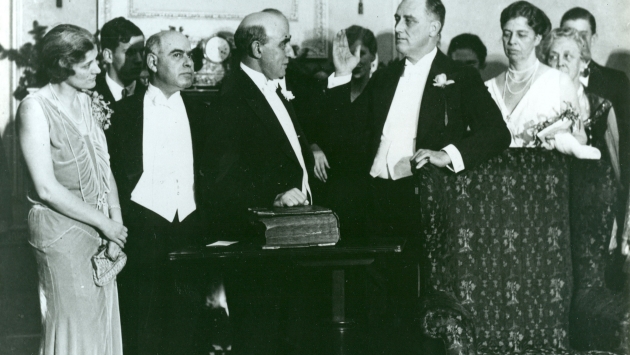 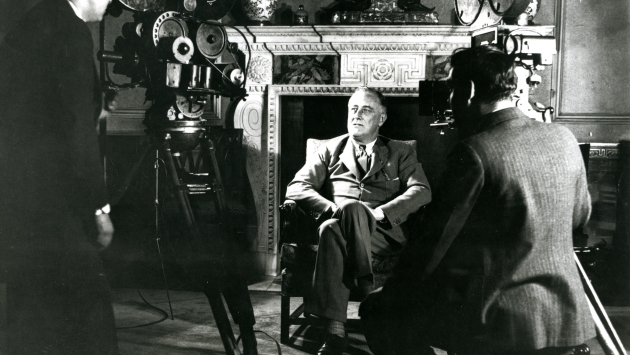 Roosevelt’s wheelchair in the memorabilia room at the Executive Mansion.

Franklin D. Roosevelt and his family at Christmas.

Roosevelt’s wheelchair in the pool house.

Roosevelt at the Executive Mansion.

When did Franklin D. Roosevelt contract Polio?
In 1921, at the age of 39, Roosevelt was diagnosed with infantile paralysis known as polio.

What is the FDR Memorial Pool?
In 1929, a greenhouse at the NYS Executive Mansion was transformed into a heated therapy pool for Roosevelt that replicated the heated swimming therapy he received prior to his term as governor in Warm Springs, Georgia.

Is the FDR Memorial Pool at the Executive Mansion still active today?
In 1988, Governor Mario M. Cuomo oversaw the pool’s restoration and rededication to Franklin D. Roosevelt.  While the pool is functional today, it is used as a historical memorial and symbolic artifact of Roosevelt’s connection to Albany.

How was FDR’s wheelchair kept secret from the public?
Contrary to popular belief, it was widely known that FDR had difficulty walking. Several news articles of the time mentioned his wheelchair in passing. Roosevelt and his staff made sure to downplay any questions about his health. He used a wheelchair only in private, however, and used leg braces, crutches, and the support of others if he had to stand or walk-in public. Even if reporters wanted to photograph him in a wheelchair—which they agreed not to—it would have been very difficult for them to do so. Press events would be staged where he would already be at a podium, behind a desk, or sitting in a car when people arrived.