Explore the architectural and artistic masterpiece that is the New York State Senate Chamber. 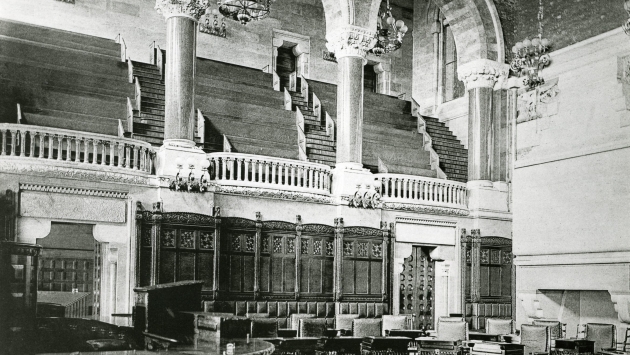 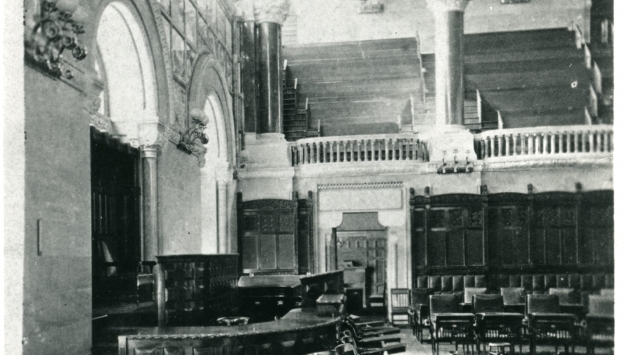 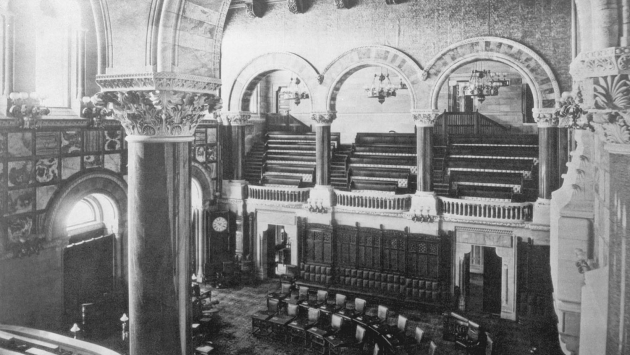 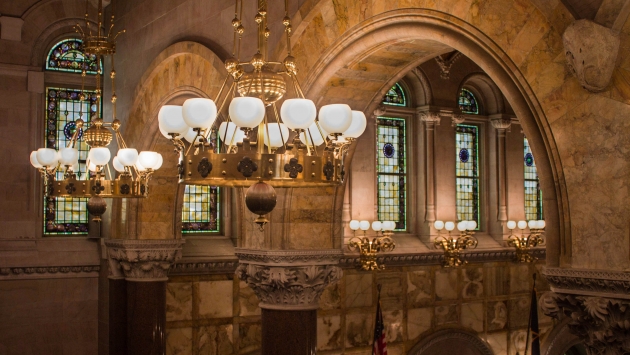 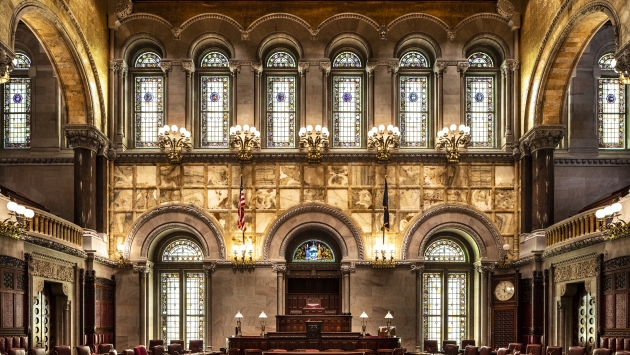 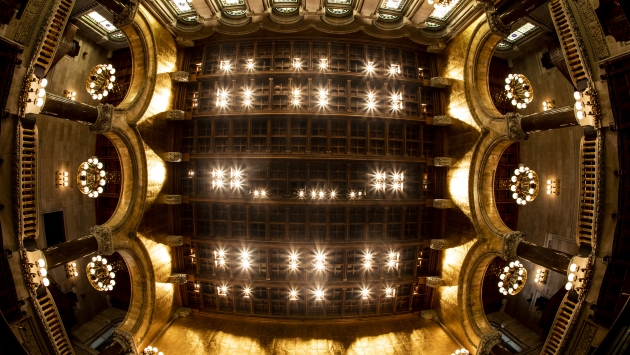 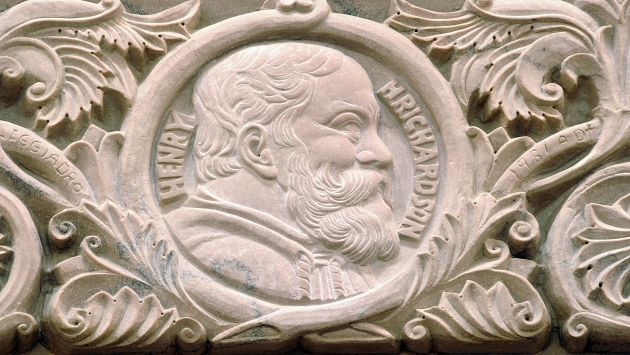 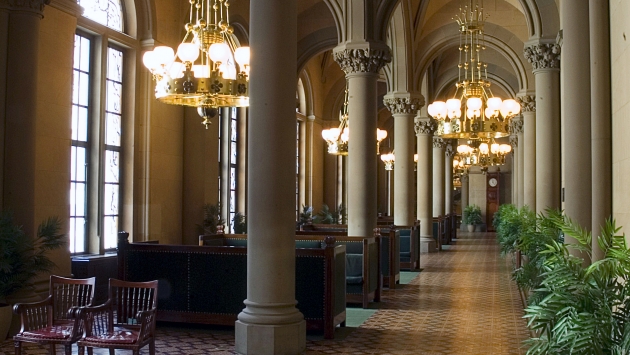 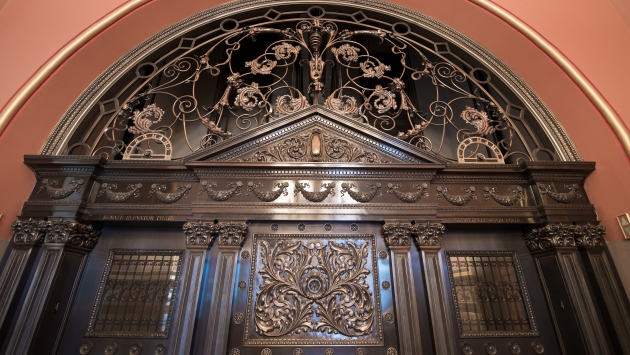 Originally in the 1880s, the Senate Chamber had gas chandeliers and wall sconces, which were converted to electric fixtures a decade later.

This is the view as Senators enter through the main door to the floor.

The hand-carved oak wood coffered ceiling is often considered the masterpiece of the Senate Chamber.

Architect Henry Hobson Richardson’s face is carved above the main door on the Senate Chamber Floor. The other four architects of the Capitol, Fuller, Eidlitz, Olmstead and Perry, are carved...

The Senate Lobby on the third floor is where the Senators gather prior to entering the Chamber.

The elaborate Senate elevators were created by the Otis Elevator Company and were originally steam-powered in the 1880s.

Who is the President of the New York State Senate?
Kathy Hochul, who is also the Lieutenant Governor of New York.

What New York State Senator went on to become Governor and President?
Franklin D. Roosevelt, serving from January 1, 1911 to March 17, 1913.

Who designed the large grandfather clock in the chamber?
The clock was designed by H. H. Richardson and has kept the official time for the Senate since 1881.

What was supposed to be carved into the stone above the fireplaces?
Sculptor Augustus Saint-Gaudens sketched out designs for life-sized carvings above the fireplaces. One would have shown Moses and the Ten Commandments and the other, King John and the Magna Carta. The actual carvings were never undertaken, and those sections of the room remain unadorned.

Who has their faces carved above each door into the Senate Chamber floor?
The five architects (Fuller, Eidlitz, Richardson, Perry, and Olmstead) who worked on the building and grounds.