Explore the architectural and artistic masterpiece that is the New York State Assembly Chamber. 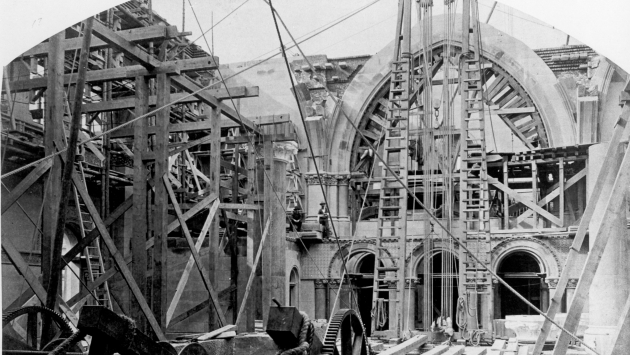 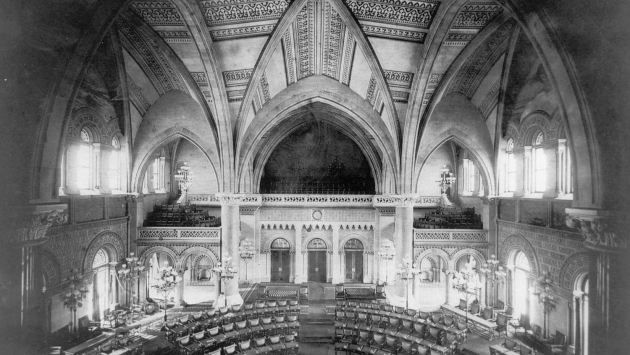 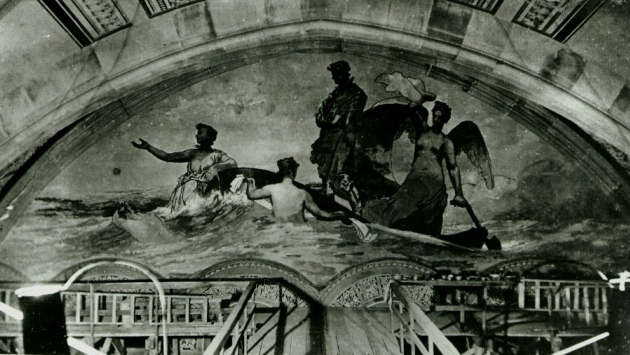 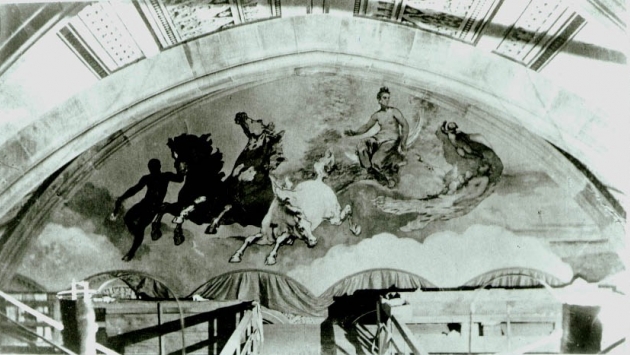 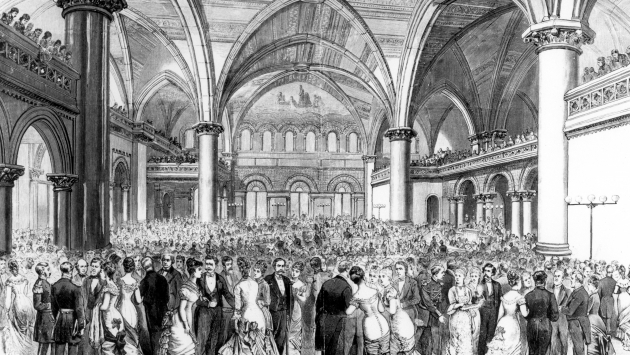 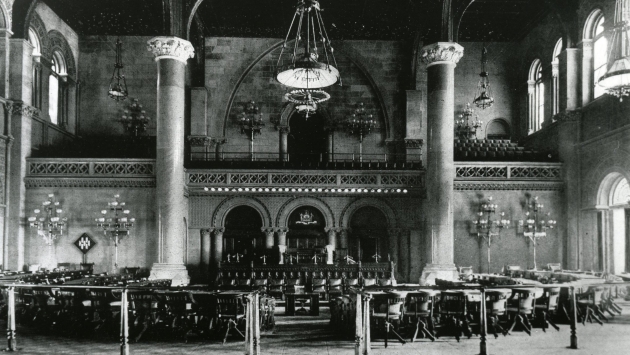 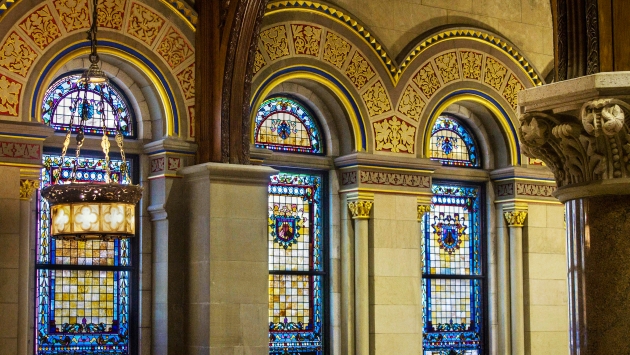 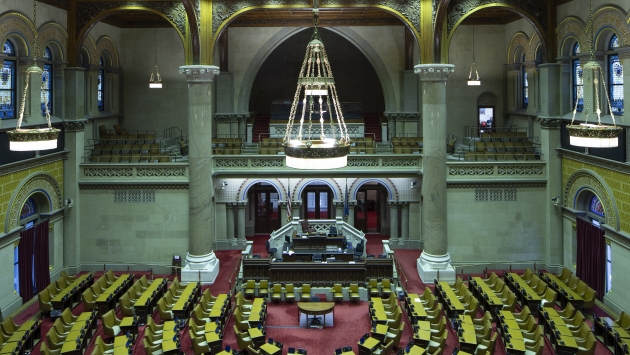 The colorful stained-glass windows are one of the best features of the Assembly Chamber.

Modern view of the Assembly Chamber from the 4th floor public gallery.

How long is a legislative term?
One term lasts two years, however, an Assemblymember can serve an unlimited amount of terms.

How do the Assembly Members vote?
The Assemblymembers vote electronically by pushing buttons at their desk and the result of their vote appears next to their names on screens located on the chamber’s walls.

What other famous landmarks were designed by architect Leopold Eidlitz?
Leopold Eidlitz designed the Brooklyn Academy of Music, the New York Produce Exchange, and the Tweed Courthouse.

What New York State Assembly Member went on to become Governor of New York and President of the United States?
Theodore Roosevelt, serving from 1882-1884.

How much do the chandeliers weigh?
The heaviest chandelier weighs 3 tons

How do they clean or change the light bulbs on the Chandeliers?
The chandeliers are lowered once a year to be cleaned and maintained.

Where did the Assembly meet when the Chamber was under renovation in the 1880s?
The Assembly met at Albany City Hall until the new ceiling was installed.

Which infamous Civil War Medal of Honor recipient who fought at the Battle of Gettysburg attended the grand opening of the Assembly Chamber?
General Daniel Sickles