Explore the historic home of New York's governors and their families. 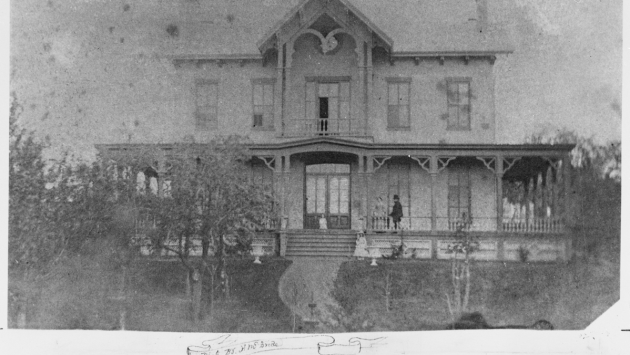 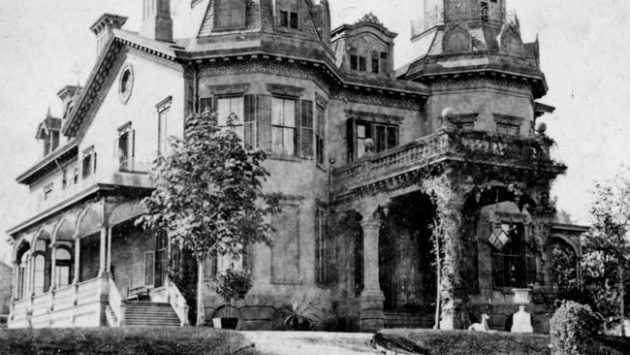 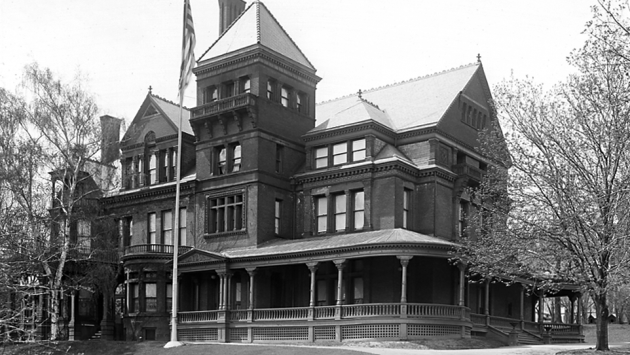 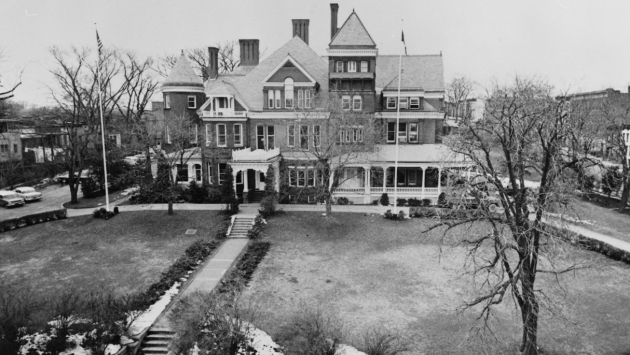 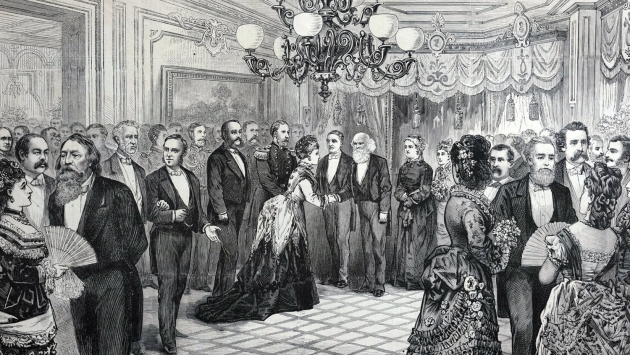 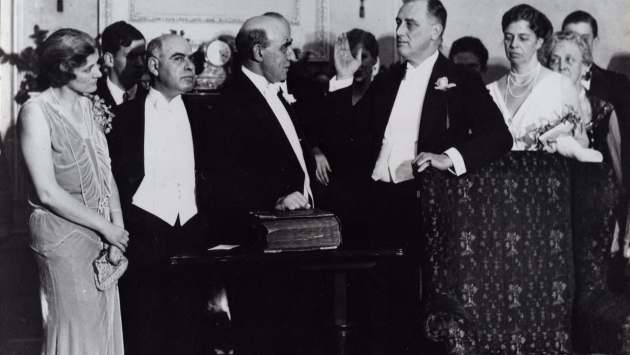 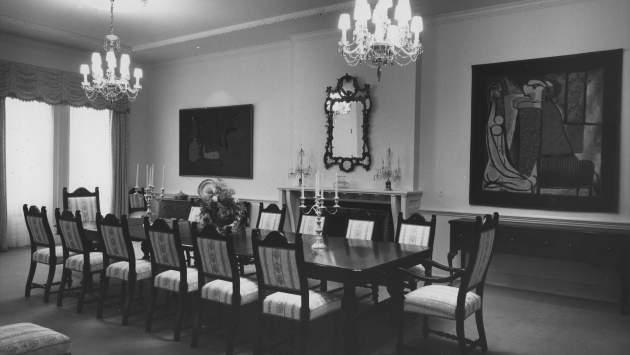 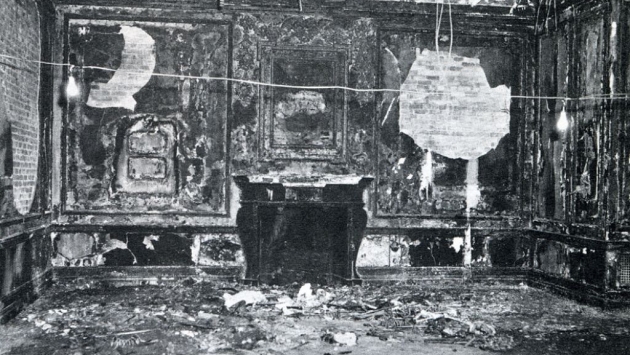 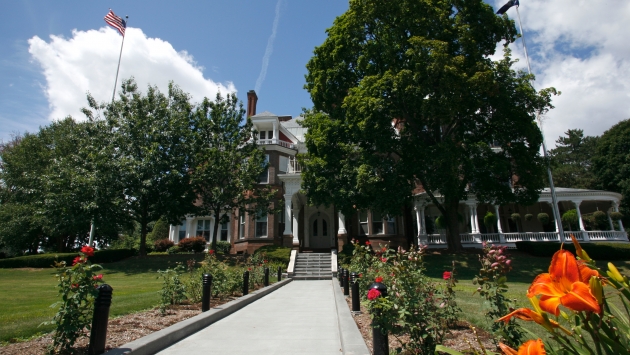 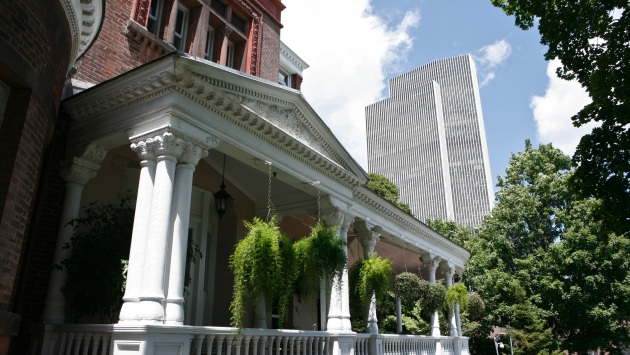 The mansion was originally built in 1856 for Albany businessman Thomas Olcott, seen here standing on the front porch.

In the 1870s, under new owner Robert Johnson, the first round of renovations to the mansion took place, bringing a French Empire style.

Exterior of the Executive Mansion, 1925.

Exterior of the mansion grounds, 1960.

After serving in the NYS Senate, Franklin D. Roosevelt was sworn in as governor in 1929.

In 1961, an electrical fire broke out in the mansion destroying the drawing room.

The mansion is just a block away from the Empire State Plaza.

Has the Executive Mansion been restored?
Beginning in 1983, First Lady Mrs. Matilda Cuomo undertook to preserve the historic nature of the house.  Mrs. Cuomo oversaw the restoration of nearly the entire first and second floors with the help of private funding. Much of this significant contribution to the Executive Mansion’s history is visible today.

What sort of interesting pets have lived in the Executive Mansion?
When Governor Al Smith lived in the Executive Mansion, he had a petting zoo in the backyard that had several animals at one point including seven dogs, one elk, three bears, four raccoons, one possum, four monkeys, one goat, one donkey, two ponies, rabbits, barn owls, and pheasants.

What is the Princess Suite?
The Princess Suite in the Executive Mansion is named after Princess Beatrix (later Queen Beatrix) of the Netherlands who stayed in the suite at the mansion in 1959.

What other famous people have stayed in the Princess Suite?
Other famous persons who have stayed in the Suite include Presidents such as Harry Truman, William McKinley, and William Taft; foreign dignitaries such as the King and Queen of Denmark and Prime Minister Golda Meir; and notable figures like Senator Robert Kennedy, Albert Einstein, Eve Curie, and Admiral Richard Byrd.

Are there any unique stories from a Governor’s time at the Mansion?
On the day of his inauguration and after a night of celebration, Governor Theodore Roosevelt found himself accidentally locked out of the Executive Mansion.

Is there anything in the basement of the Executive Mansion?
There are many small rooms in the basement, including ones for washing and tailoring clothes, storing furniture and food for events, workspaces for staff, and space for mechanical needs. A kitchen was originally located in the basement but has since moved to the first floor, next to the dining room.

How many people live in the Mansion at any one time?
The number of Mansion residents changes often based on the needs of each Governor’s family. Some do not live at the Mansion full-time. Governor Hugh Carey had a total of fourteen children. Though not all of them lived in the Mansion, he had to rent a small bus to move his family in!

Is the Mansion used for any official functions?
Governors often hold meeting with officials in the Mansion and have a private office on the second floor. The Mansion is also used to receive and entertain dignitaries. Most importantly, newly elected Governors traditionally take an oath of office in the Drawing Room on New Year’s Eve before Inauguration Day on January 1st. This ensures that there is no gap of leadership between administrations.