Explore the construction, architecture, and history of the Million Dollar Staircase at the New York State Capitol. 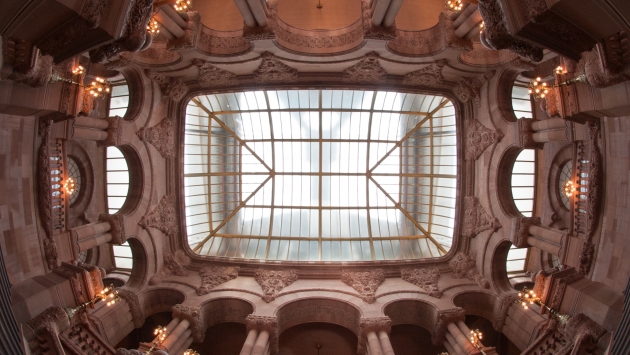 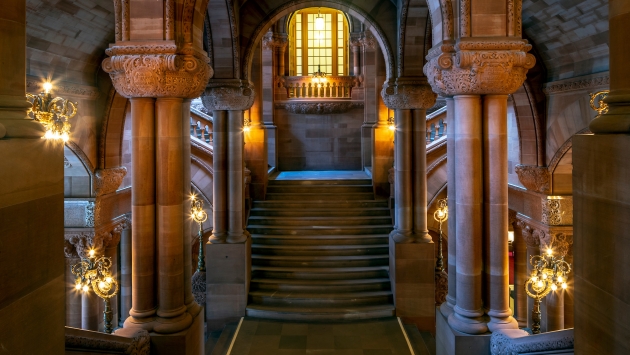 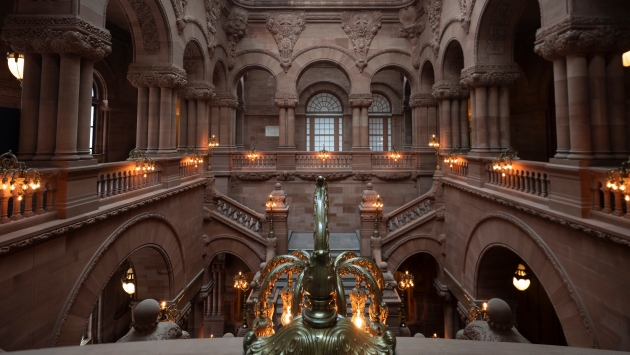 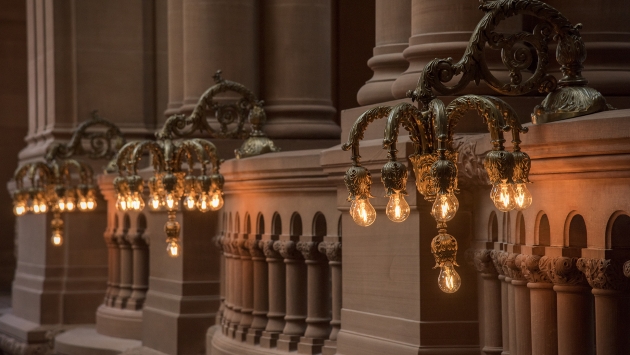 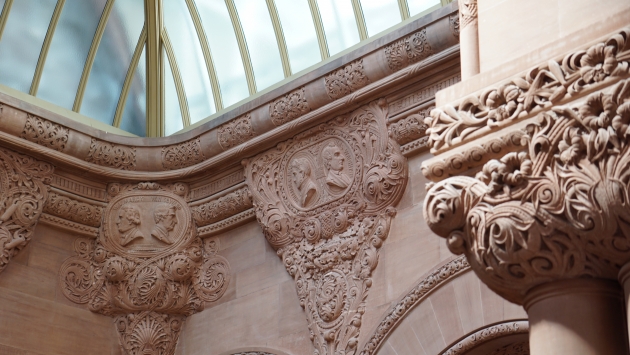 The Million Dollar Staircase is officially known as the Great Western Staircase.

The staircase was designed by architect Henry Hobson Richardson.

The staircase is home to some of the oldest light fixtures in the Capitol.

The staircase features 77 famous faces carved by hand into the stone.

In what cemetery can you find inventor Robert Fulton and founding father Alexander Hamilton?
Trinity Church Cemetery in Manhattan, NY.

What is Robert Fulton famous for inventing?
The modern steamboat.

Which of the 77 Famous Faces do not have names carved with them?
Christopher Columbus, Minerva the Roman Goddess of Learning, and William Shakespeare.

When construction of the Million Dollar Staircase ended in 1899, how many counties did New York State have?
61 counties.

When did electric lighting arrive at the New York State Capitol?
In the late 1870s.

Why is the glass laylight and skylight such an important feature of the Million Dollar Staircase?
They maximize natural light and air.

How many famous women are carved into the Million Dollar Staircase?
There are six famous women.

Why are some names of the carved faces abbreviated or shortened?
Some names were too long to fit on a small section of stone so the stone carvers shortened them.

Which architect had their daughter and granddaughter carved on the staircase?
Isaac Perry