Explore the modern architecture of the Mayor Erastus Corning 2nd Tower at the Empire State Plaza. 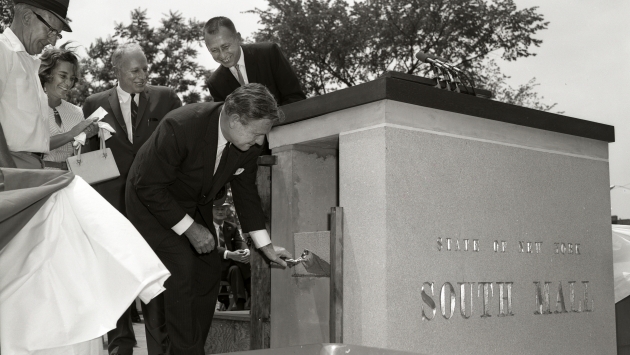 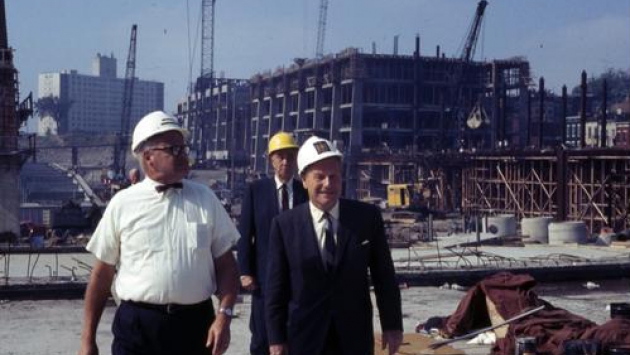 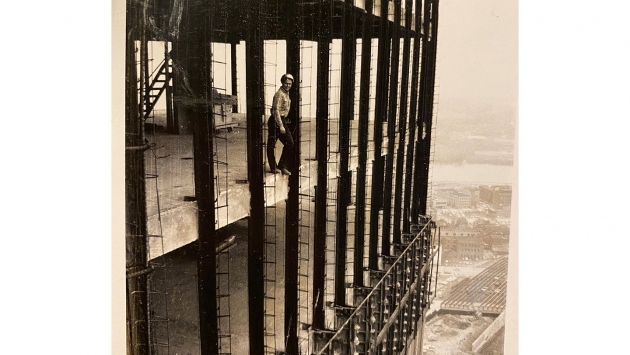 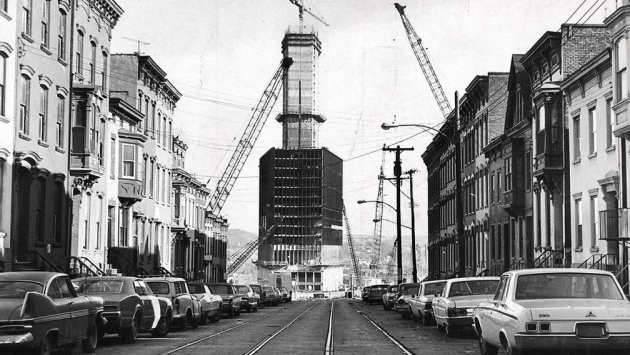 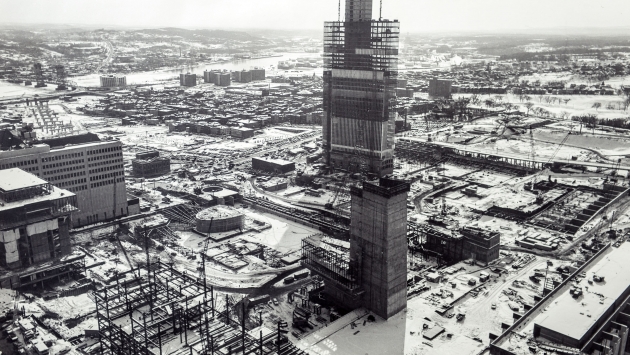 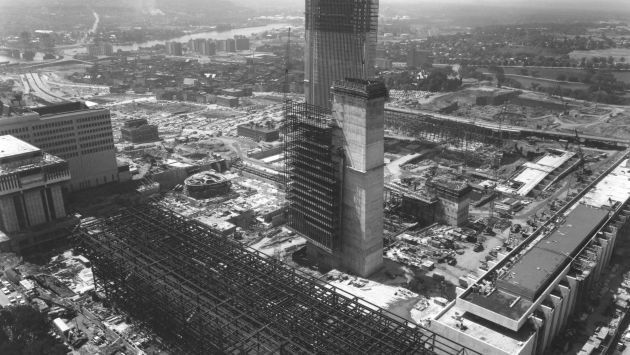 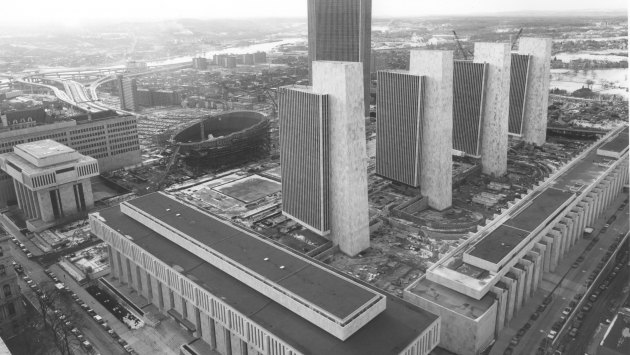 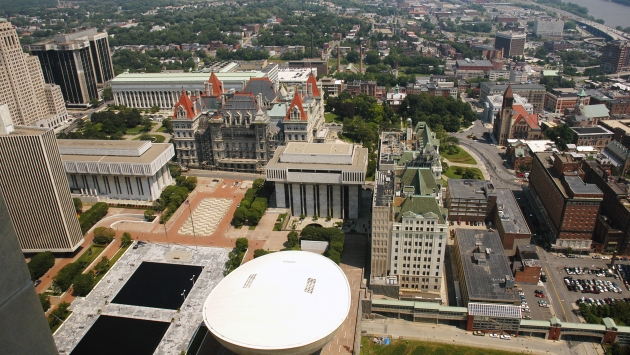 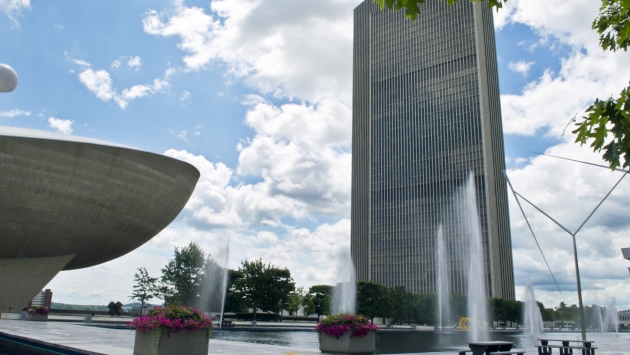 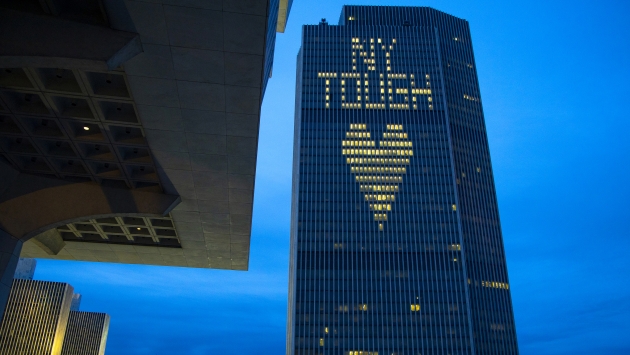 Governor Nelson A. Rockefeller laying the cornerstone of the Empire State Plaza, circa 1965.

A view from 313 Hamilton Street of the Corning Tower under construction.

View from the Corning Tower, looking north toward the Capitol.

Corning Tower lit with “NY TOUGH” during the COVID-19 pandemic

What other buildings in New York did Wallace K. Harrison design?
Harrison designed the United Nations building, Lincoln Center and Rockefeller Center, LaGuardia Airport, and the Trylon and Perisphere for the 1939’s World Fair.

Was Corning born into a political family?
Corning’s family was very involved in local and state government. His great-grandfather served as Albany’s Mayor in 1834 and his father served as New York’s Lieutenant Governor from 1926 to 1928.

Who works in the Corning Tower?
The Corning Tower is primarily occupied by New York State’s Department of Health and the NYS Office of General Services, which has overseen the construction and maintenance of every building in the Empire State Plaza.