Explore the history behind the legends and lore of the New York State Capitol.
TOP
Virtual Visit: Hauntings - Legends of the Capitol Halls

Explore the history behind the legends and lore of the New York State Capitol. 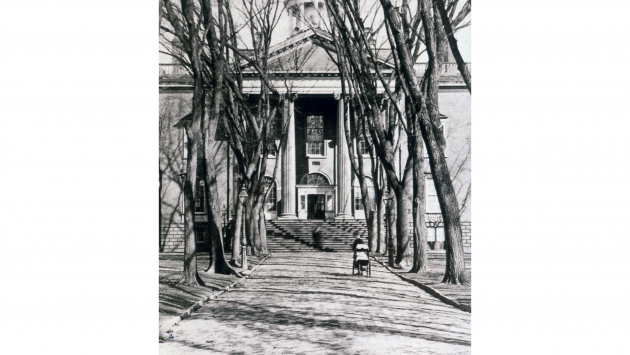 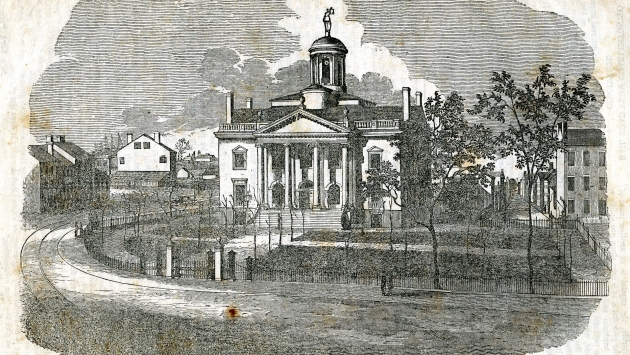 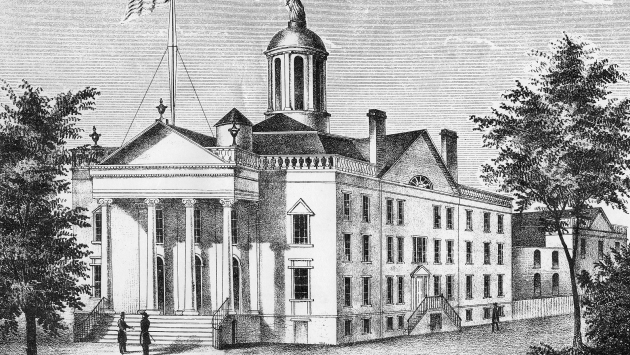 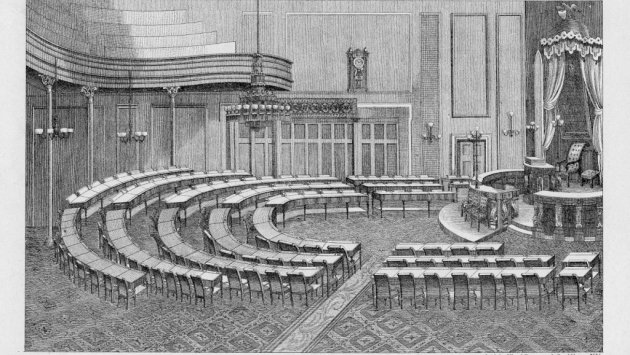 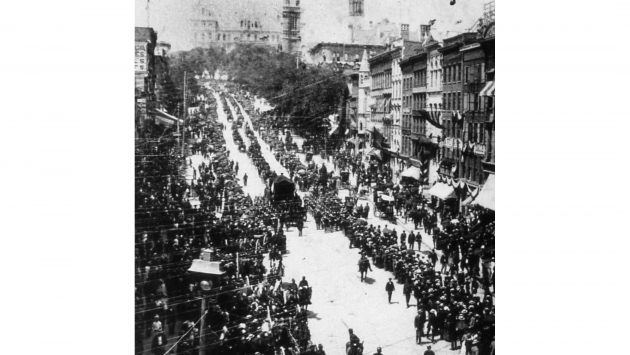 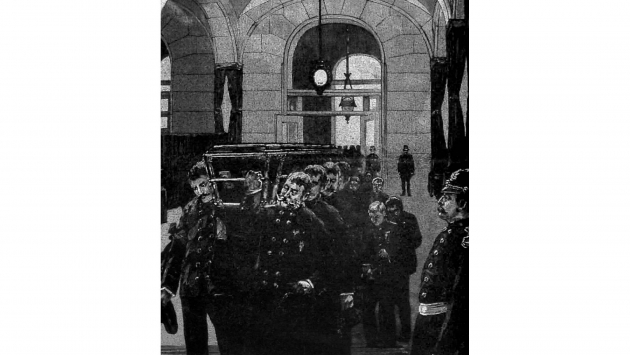 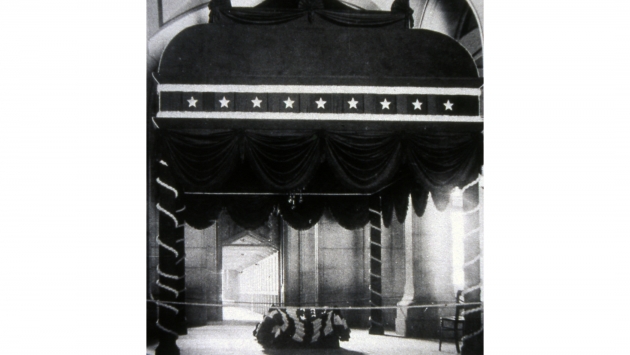 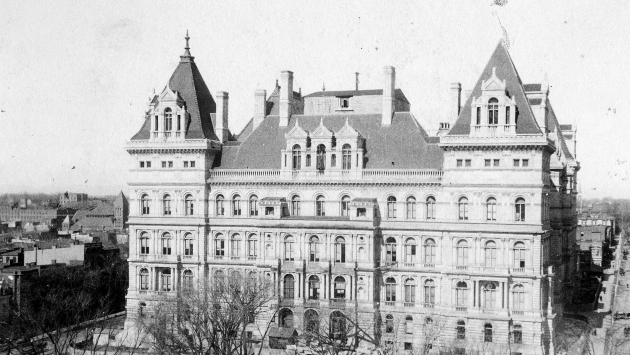 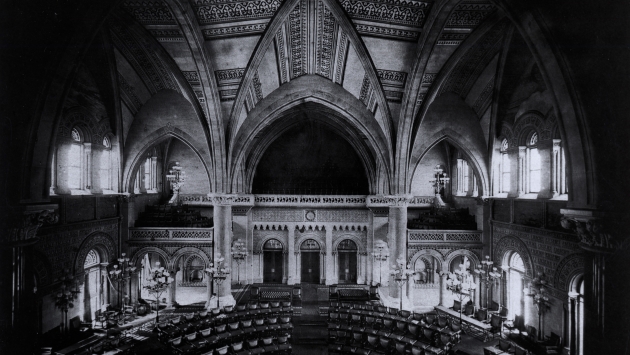 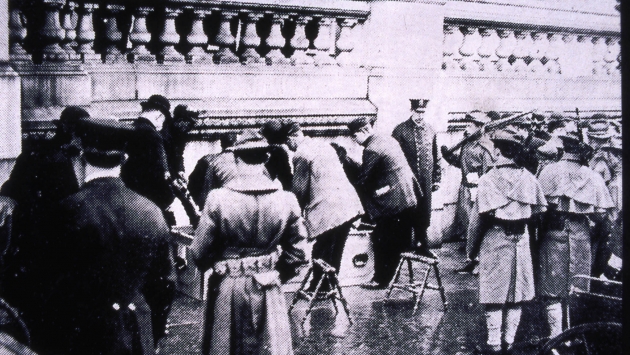 The Old State Capitol in Albany.

The Old State Capitol was a traditional federal style building.

The Assembly chamber in the Old State Capitol.

The Assembly chamber in the New State Capitol.

Samuel Abbot’s body being removed after the fire of 1911.

What was the purpose of Lincoln’s visit to the Old State Capitol?
In 1861, as President-Elect Abraham Lincoln was traveling to Washington DC to assume the presidency, he stopped in Albany to make a speech in the Assembly Chamber.

What Albany couple has a connection to Lincoln?
Clara Harris, daughter of Senator Ira Harris from Troy, and her fiancé Colonel Henry Rathbone, son of an Albany mayor, attended the theater with Mr. and Mrs. Lincoln on the fateful night of April 14, 1865.

What does “Lay in State” mean?
A tradition in which the body of a deceased individual is placed in a state or federal building in order for the public to pay their respects. Lying in state is a formal honor given to Presidents, Presidents-Elect, Vice Presidents, members of Congress, or any persons designated by the President.

Where did Ulysses S. Grant die?
People can visit the Ulysses S. Grant’s cottage in Wilton, New York, just fifty miles north of Albany. He died there on July 23, 1885, after battling throat cancer.

What was mysterious about the death of muralist William Morris Hunt?
Hunt’s body was found on Appledore Island in New Hampshire on September 8, 1879. Though the official cause of death was listed as an accidental drowning in a small pond, early unofficial reports indicated that he had taken his own life.