Explore the loss, legends, and unexplained occurrences that resulted from the New York State Capitol Fire of 1911. 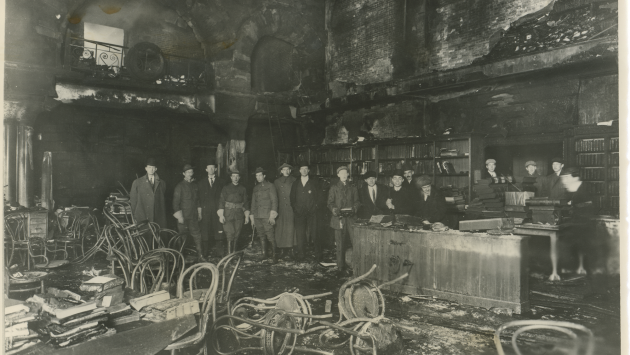 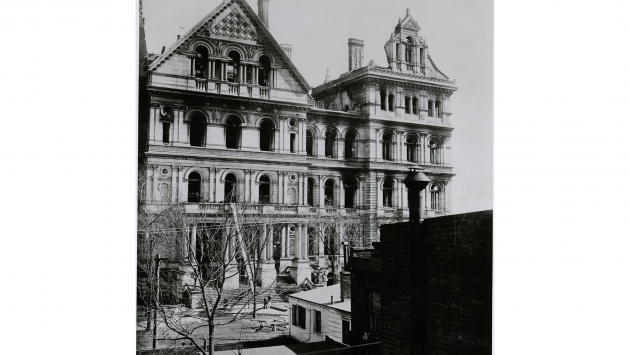 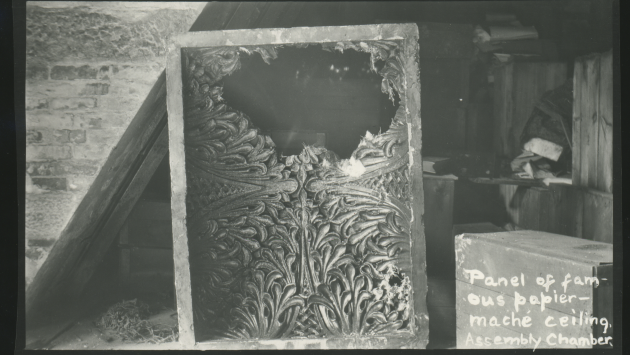 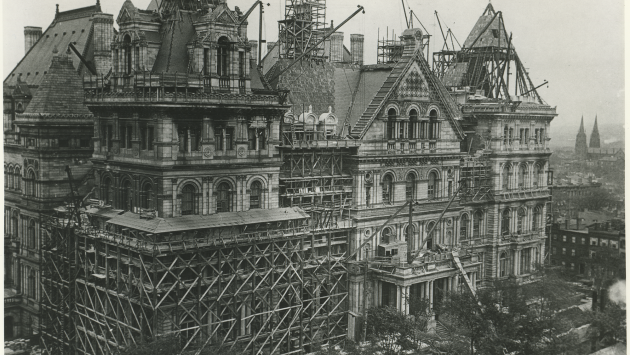 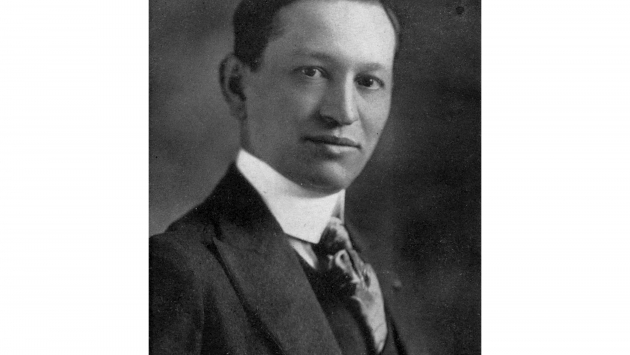 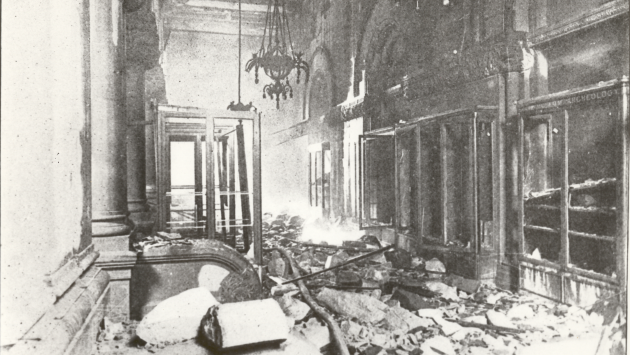 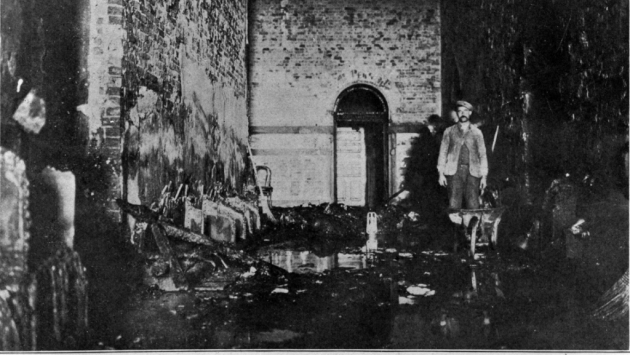 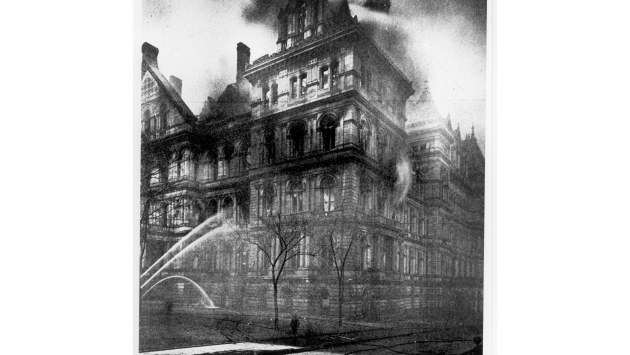 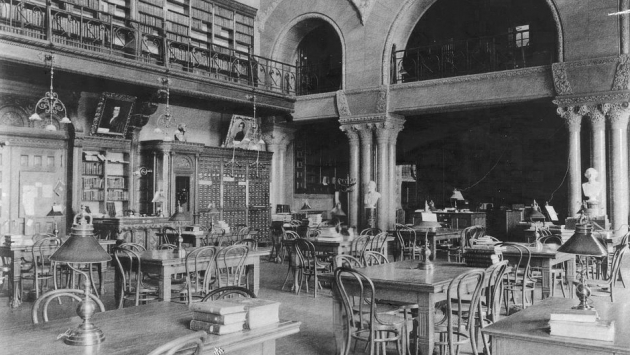 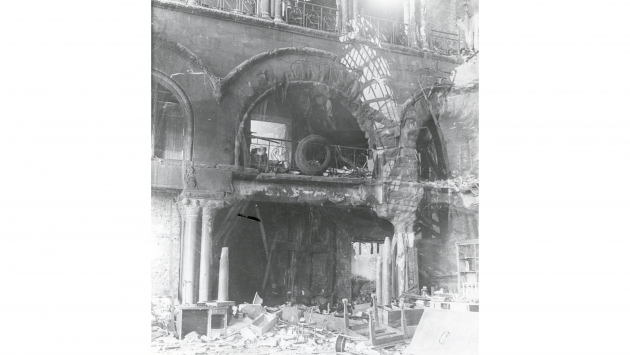 Library reading room after the fire.

Capitol exterior with roof damage visible after the fire.

The papier mache ceiling panels in the Assembly Chamber were damaged by water from the fire hoses.

Restoration of the Capitol exterior with scaffolding and cranes.

The fire damaged most of the glass display cases along the hall outside the library.

Night watchman Samuel Abbott passed away in the fire. His body was found in the hallway.

Capitol exterior burning as fireman try to save the building.

Library reading room before the fire.

Library reading room after the fire.

Who first reported the fire?
Dwight Goewey, a proofreader for the Assembly, was returning to his desk in the Assembly library shortly after 2 in the morning when he first noticed smoke coming from the library.

What important historical documents were saved in the fire?
Certain documents such as Major John Andre’s “spy papers” from the American Revolutionary War and original drafts of George Washington’s Farewell Address and Lincoln’s Emancipation Proclamation were saved due to their location in a fireproof safe.

Did the Capitol Fire happen around the same time as the Triangle Shirtwaist Factory Fire?
One week after the Capitol fire, the Triangle Shirtwaist Factory Fire occurred in New York City when nearly 150 garment workers, mostly women, and girls, died due to inappropriate working conditions. In response, New York State enacted over 50, first-in-the-nation, fire safety, and labor laws.

Where was Samuel Abbot buried?
Samuel Abbot was buried in Oakwood Cemetery in Syracuse, New York.

How does fire destroy a building made out of stone?
If a fire is intense enough, it can burn objects such as mortar and concrete. The heat may not catch stone on fire, but it can be hot enough to make rocks crack and explode.

How long did it take before the Capitol was habitable again?
While the Assembly Chamber, State Library, and many other offices would not return for months or not at all, it is reported that Governor John Alden Dix returned to his second-floor office on the day after the fire.

Did the Capitol Fire lead to any government reforms?
The most obvious change to the Capitol was the removal of the papier-mâché ceiling in the Assembly Chamber. This event and the Triangle Shirtwaist Fire led to a number of new laws regarding fire, building, and worker safety in New York State. In addition, towns around the Albany area realized the need to update their fire departments—or even create new ones.