Explore the mystery behind the most notorious carvings at the New York State Capitol. 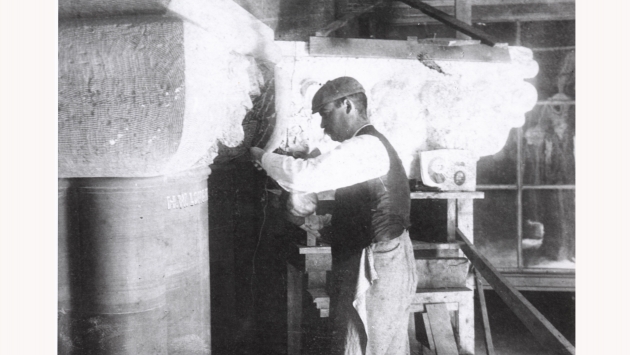 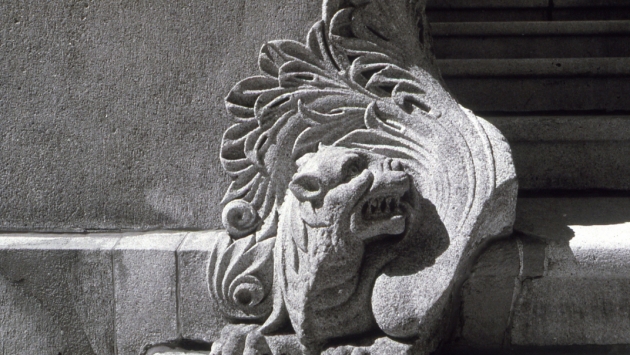 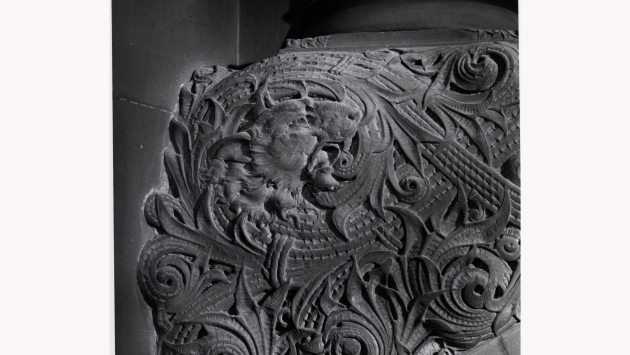 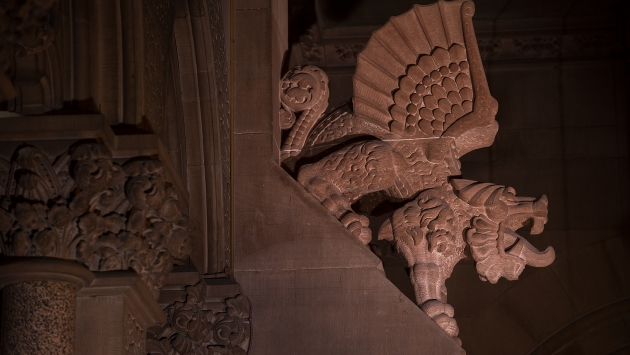 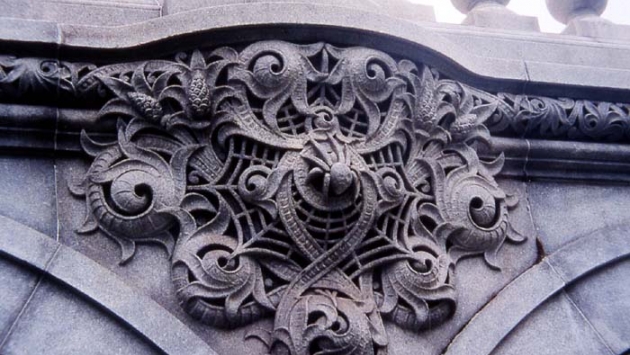 The Assembly Chamber fireplaces are detailed with elaborate carvings and grotesques.

Stone throughout the entire Capitol was carved in place, by hand.

Grotesques are found on the exterior and interior.

Beautiful foliage and patterns surround many of the creatures.

Even the corners were carved.

Grotesque outside the Hall of Governors

The Eastern Approach of the Capitol features an embellished spider web.

The staircases feature many human faces, too.

How does the architecture of the New York State Capitol differ from other state capitols?
The majority of state capitols throughout the United States are designed in a classical style reflecting Greek and Roman architecture—a style that came to represent democratic ideals and is the style of the United States Capitol in Washington D.C. The New York State Capitol’s variety of styles, including its decorative Gothic elements resembling Medieval cathedrals, set the Capitol apart from other capitols designed in the typical classical style.

What was the process of carving a design in the stone?
The carving process began with a stone cutter who cuts out a basic shape in the stone and preps the surface for the carver. A stone carver, usually following a model, then carves the design in place.

Are there duplicate carvings throughout the Capitol?
While it is difficult to organize a record of every carving throughout the building, the carvers were encouraged not to carve the same pattern or design twice.

What is a griffin?
A griffin is a mythical figure whose features combine parts of an eagle and a lion. A large carving of a griffin can be found on the Senate Staircase in the New York State Capitol.

When did the Green Man imagery originate?
There is no clear historical record of Green Man mythology or imagery, but carvings can be found in European churches as early as the 11th century.

Is the Curse of the Capitol Demon true?
There is no “curse.” The legend of the Capitol Demon is just that, a legend; however, the intricately carved, minuscule, hidden figure is a prime example of the skill and talent of the hundreds of stone carvers who dedicated their careers to working on the New York State Capitol.

Which major Cathedral in Paris also incorporates gargoyles into the architecture of the building?
Notre Dame

What other designs and signs are carved on the staircases of the Capitol?
Celtic knots and other Celtic symbols from Irish, Scottish, and Welsh carvers are incorporated throughout the building.

How were carvers able to carve in the high ceilings inside of the building?
The carvers used scaffolding so that they could easily carve designs in the different areas of staircases and rooms