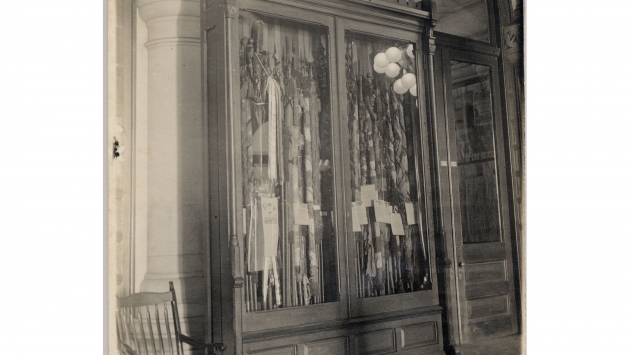 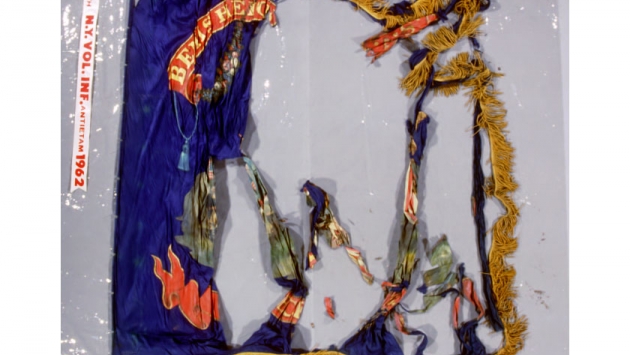 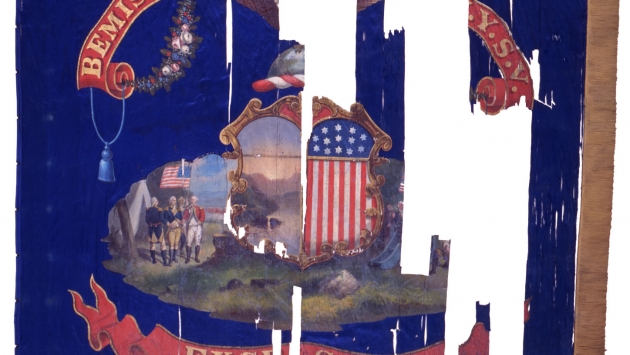 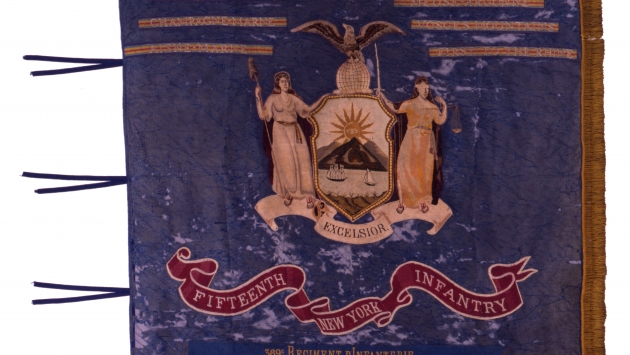 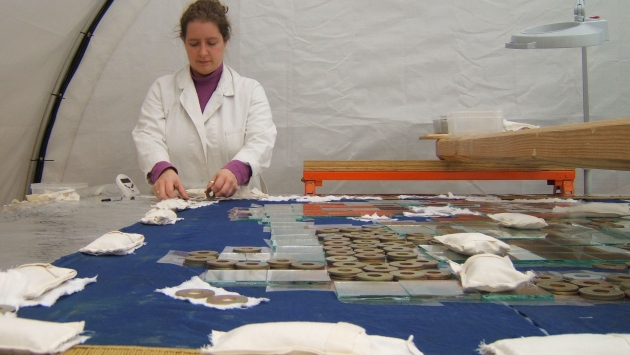 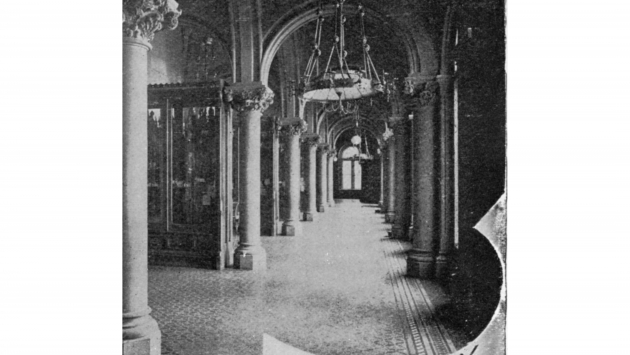 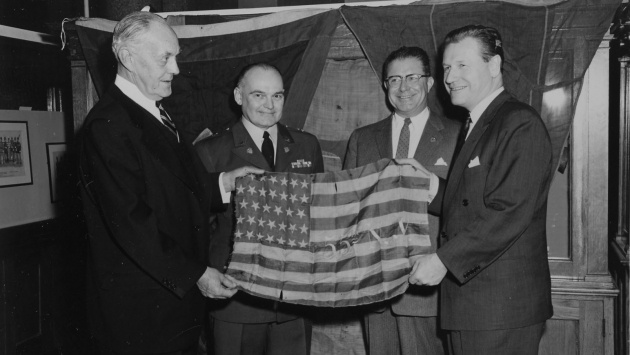 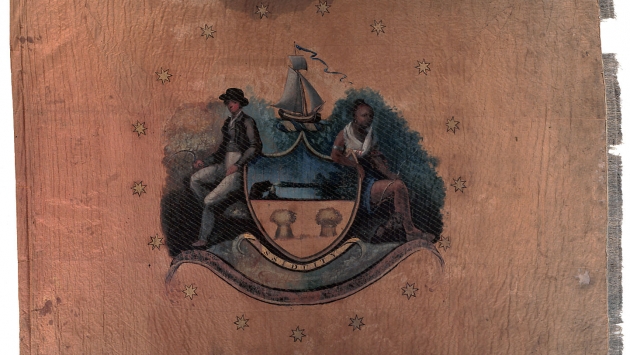 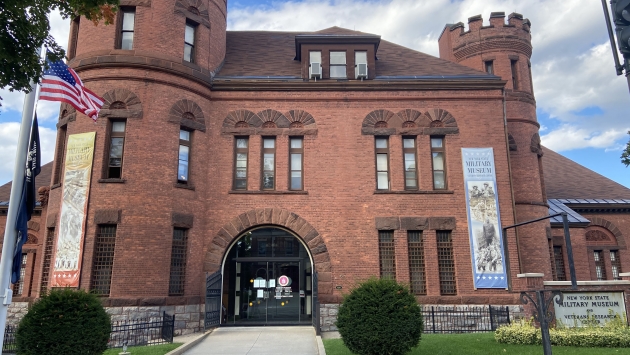 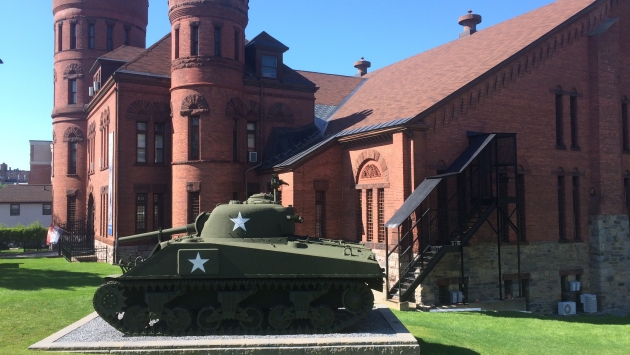 Flags stored and on display at the NY State Capitol in 1890. Image courtesy of NYS Military Museum.

Where is the rest of the New York State military collection on display?
In 2002, the New York State Military Museum & Veterans Research Center opened in Saratoga Springs and houses thousands of artifacts dating from the Revolutionary War to Desert Storm.

What are the steps taken to conserve a battle flag?
Flag conservation is a very involved process consisting of documentation of the flag’s history and condition, removal of the flag from its staff, cleaning and realigning the flag, transporting the flag to an archival support, and properly storing or displaying the newly conserved flag.

What is Sgt. Henry Johnson’s connection to Albany, New York?
Henry Johnson moved to New York as a teenager and worked jobs throughout the Capital Region, including as a porter at Albany’s Union Station.  On May 14, 1918, Sgt. Henry Johnson of the 369th Regiment under French command during World War I, single-handedly saved himself and his partner from a German attack with nothing but a broken rifle, a few hand grenades, and a bolo knife. For his bravery, the French awarded Sgt. Henry Johnson the Croix de Guerre with a gold palm signifying his valor. In 2015, President Barack Obama awarded the Medal of Honor to Sgt. Henry Johnson.

What famous person’s visit to Albany led to the existence of the Flag Room?
During a well-publicized visit to the Capitol by Civil War hero, and former President, Ulysses S. Grant in 1881, a newspaper reporter found the war-torn flags in poor condition. A resolution was passed to move the flags into the Capitol.  They are currently on display in their large, oak, glass front cases on the first floor of the Capitol.

What is the difference between conserving a flag and restoring a flag?
Conservation attempts to preserve what remains of an original work, while restoration attempts to bring back a work to its original appearance. Out of respect for each flag’s past, it was decided to conserve each flag instead of making them look like new. Conserved flags may still show frays, bullet holes, and stains that will interpret their unique history and provenance for future generations.

Have any of the flags been repaired before?
Over the decades, people tried to “fix” deteriorating flags in different ways that were not up to professional conservation standards. Attempts at preservation included the addition of extra thread and fabric that did not match or had an adverse effect, such as new holes from sewing needles.