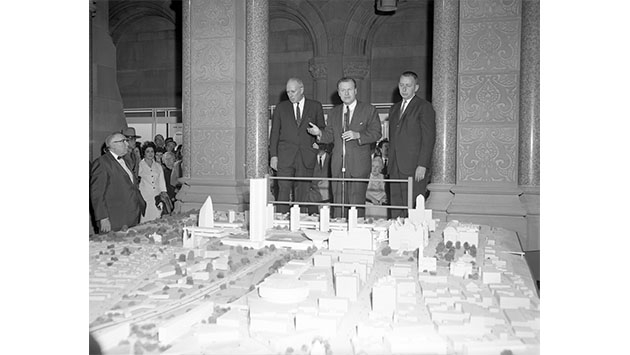 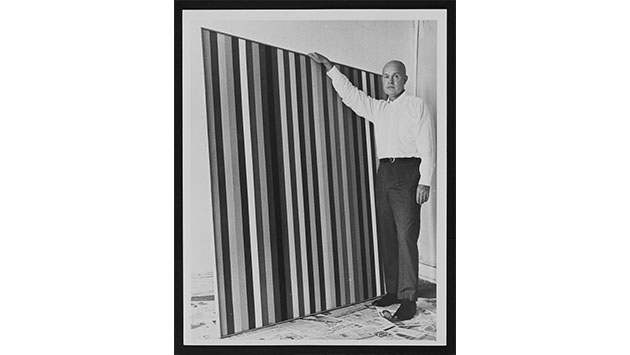 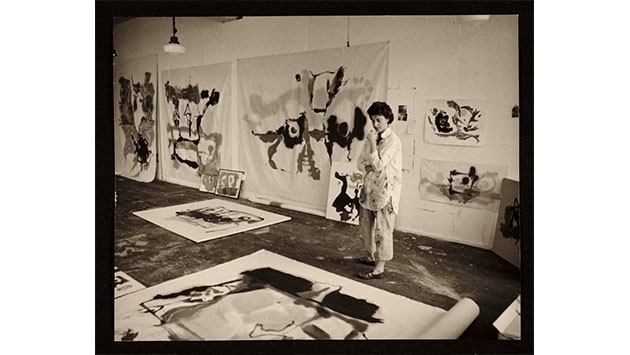 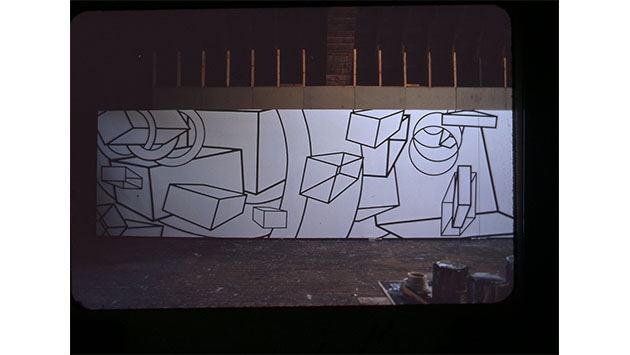 Governor Nelson A. Rockefeller and Albany Mayor Erastus Corning II look over a model of the future Empire State Plaza.

What other talents did Joan Mitchell excel at before she became an artist?
She was a published poet by the age of 10, a tennis and diving champion and named the “Figure Skating Queen of the Midwest” in 1942.

Who was the artist who pioneered Op Art (Optical Art)?
Richard Anuszkiewicz experimented with color which led him to make paintings of geometric shapes that seem to vibrate and emanate light.

What was Gene Davis’ profession before he became an artist?
Davis was a White House Correspondent during the 1940s where he interviewed Franklin Delano Roosevelt, he played poker with Truman on cross-country train trips and stood in the Oval Office for the D-Day announcement. He liked to call himself "an old newspaper man."

Which college in Southern Vermont did Helen Frankenthaler attend in the mid to late 1940s and how did it shape her future as an artist?
She attended Bennington College in Vermont where she credited the college with being formative in her development as an artist and a person.  She learned from several different artists including Paul Feeley, who she said, “Taught me everything I know about Cubism.”  She called her time there as “wild”, “brilliant”, and “inspiring.”

Which Jackson Pollock painting sold for a record $140 million in 2006?
Pollock’s No. 5, 1948, became the world’s most expensive painting when it was sold by Entertainment Music Mogul David Geffen.

Why did Jackson Pollock stop naming his paintings?
Pollock numbered his paintings instead of titling them because he didn’t want people to look for a subject matter or a meaning in his art.  Instead he wanted the viewer to appreciate the painting for what it was.