Founded as New Netherland in the early 17th century (about the same time the Pilgrims were settling Cape Cod and the Jamestown colony was establishing itself in Virginia) by the Dutch and later established as a British colony, the territory was one of the most culturally diverse of the nation's thirteen colonies.  The colony became a leader in politics, commerce, and culture.

Most settlers in New Netherland made the difficult journey to a new land with very little to flee religious persecution, political turmoil, famine, and economic changes. Many immigrants made the trip in overcrowded steerage compartments on cargo vessels; many died on the journey or soon after arrival due to the unhealthy conditions aboard the ships. Those who couldn’t pay the cost of passage and additional fees were sold at public auction by the ship owners to work as indentured servants.

The arrival of the Dutch in the New World represented a multitude of opportunities in freedom and profitability. The Dutch were unique Europeans in the 17th century, as they were people of lucrative free-trade, and gender and religious tolerance.

New Amsterdam, the capital of New Netherland, had fewer than 1,000 residents, but its influence would far outstrip its size. This was the first and most important multicultural base in colonial America. While Boston and, later, Philadelphia, developed along distinctly English lines, New Amsterdam was pluralistic from the beginning. In 1643, when barely 500 people called it home, Willem Kieft (a Dutch merchant and the Director of New Netherland from 1638 to 1647) told a visiting Jesuit priest that 18 languages were spoken. In fact, according to some estimates, this “Dutch” city was never more than 50 percent Dutch in its population. The other major groups included Germans, English, Africans, Scandinavians, French, and Jewish. From this tiny mix of peoples would come the structure of New York City (New Netherland Institute).

“We desire therefore in this case not to judge least we be judged, neither to condemn least we be condemned, but rather let every man stand or fall to his own Master.” -The Flushing Remonstrance (1657)

As the Quaker religion began to expand in New Netherland, the Dutch Reformed Church began to feel that its dominance in the Dutch colony was threatened. This prompted the governor of New Netherland, Peter Stuyvesant, to institute a ban on all Quaker meetings. Vlissingen, today Flushing, Queens, was a growing Quaker community and when a Flushing colonist was fined and banished from the colony for holding a Quaker meeting in his home, the citizens of Flushing protested. In 1657 they wrote a citizens request for religious freedom that is today known as the Flushing Remonstrance. 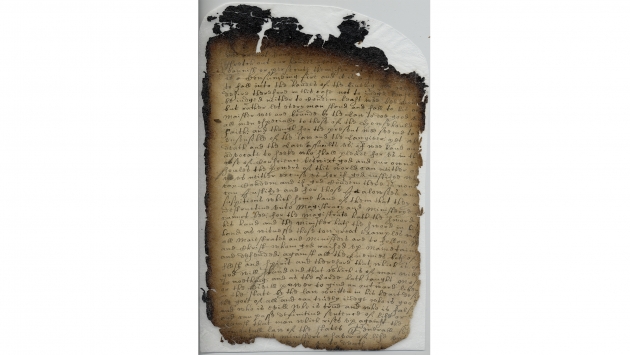 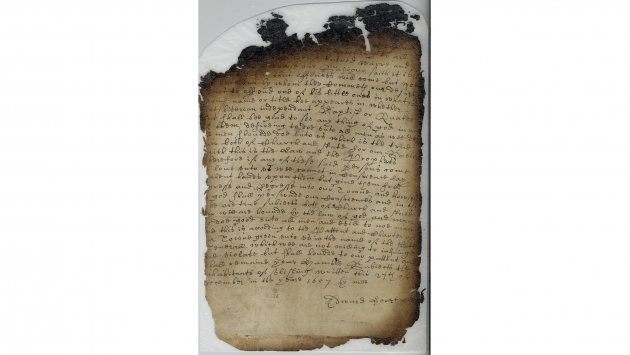 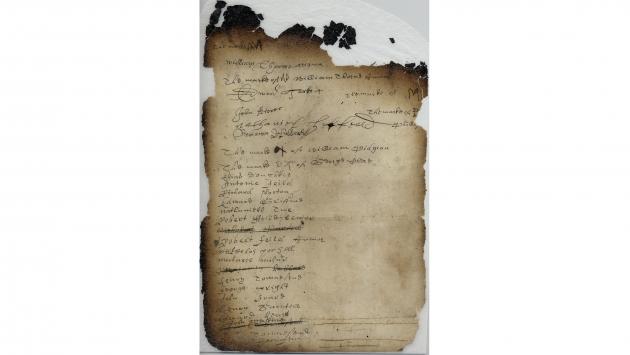 The Flushing Remonstrance is considered the precursor to the U.S. Constitution’s first amendment, freedom of religion. Page 1: View Full Image

In 1911 the historic document was rescued from a fire at the New York State Capitol in Albany, NY. Page 2: View Full Image

According to contemporary research by the CUNY Dominican Studies Institute, the first non-Native settler of the city was a sailor called, in Dutch, Jan Rodrigues. He was born on the island of Hispaniola to a Portuguese father and an African mother.  In 2013, four hundred years later, New York City honored his legacy by naming Broadway, between 159th and 218th Street, Juan Rodriguez Way (the Hispanic spelling of his name).

Juan Rodriguez’s story belongs to the history of all New Yorkers as residents of a port city with a uniquely multi-ethnic population that since its very beginnings next to the mighty Hudson River in the early 1600s has been a community of interactions and intermingling of races and ethnicities, despite the efforts of some to remain enclosed within their own ethnic and racial groups. He also has a very special meaning for African-Americans as the first dark-skinned man of African ancestry who has been recorded in the historical record as having resided in New York.