The Legacy of the Harlem Hellfighters

Share by Email
Share by Facebook
Share by Twitter
About the Exhibit
Their Glory Can Never Fade: The Legacy of the Harlem Hellfighters
Authorized in 1913, the 369th Infantry Regiment, formerly known as the 15th Infantry of the New York National Guard, was the first African American regiment of the New York National Guard. Having no prior combat experience, the regiment based in Harlem consisted of African American men from all over New York State and Puerto Rico.

After serving 191 days of combat in France, longer than any American regiment of World War I, the German army nicknamed the soldiers “Hellfighters” due to their actions on the battlefield. Facing discrimination at home and possessing a passion to demonstrate their worth as an African American military regiment, the 369th transformed into an accomplished unit—one whose legacy left an indelible mark on music and cultures worldwide.

This legacy has had a lasting impact on African Americans’ participation in impending conflicts post-World War I; especially notable is the Vietnam War which officially marked the first-time African Americans served in fully integrated combat units.
Explore 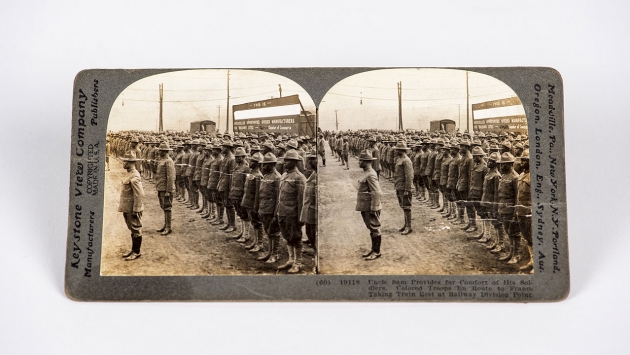 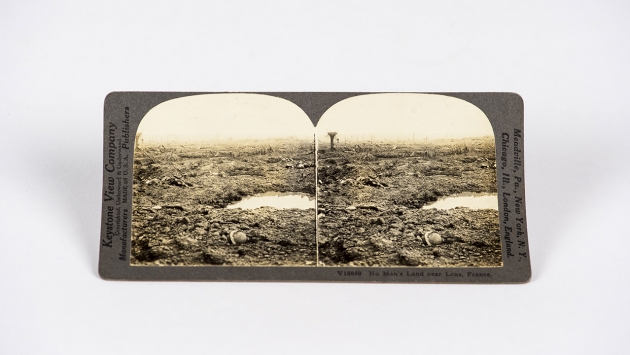 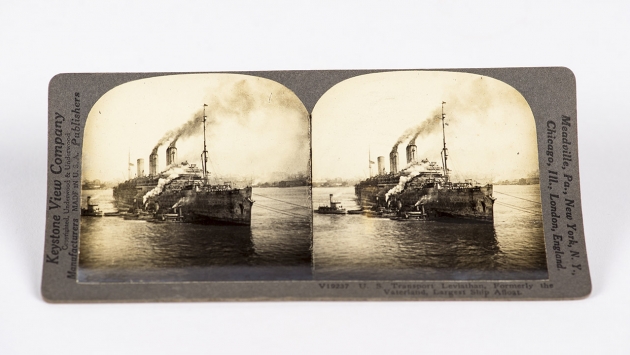 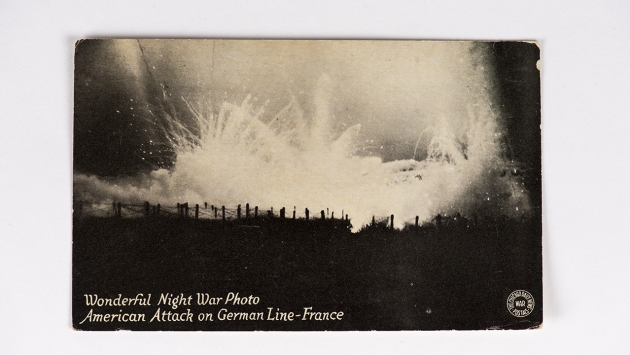 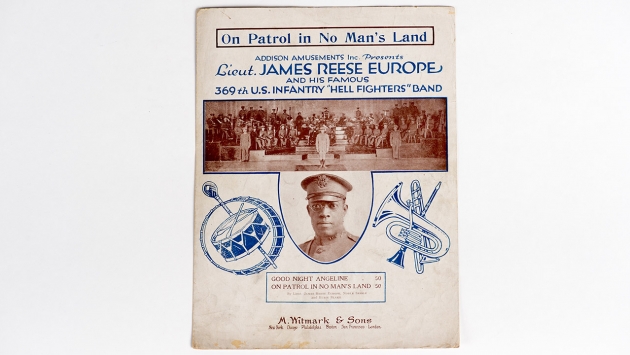 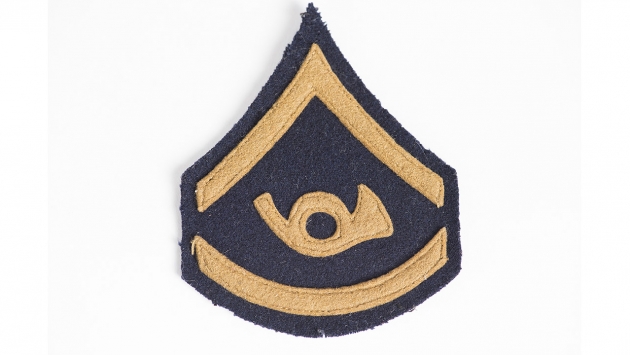 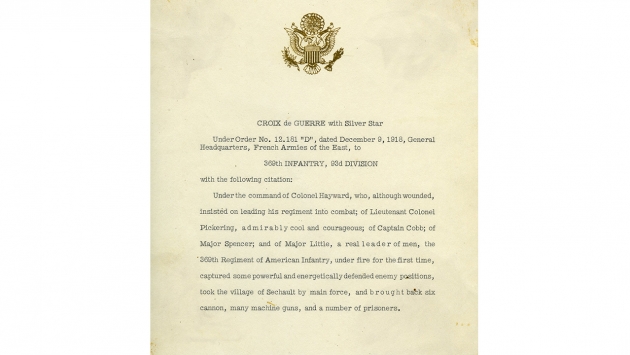 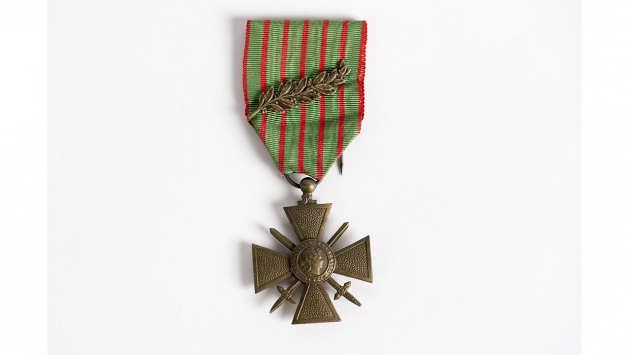 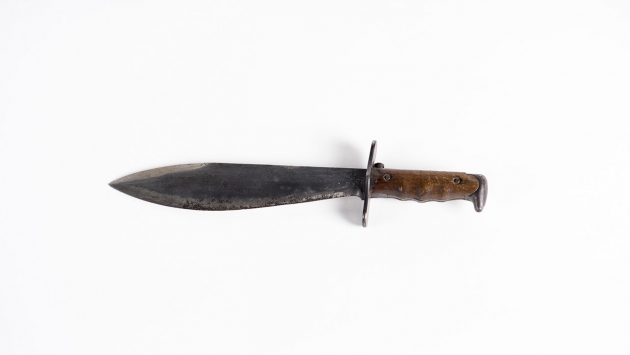 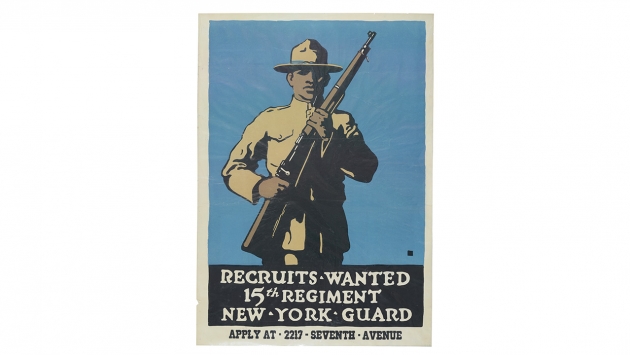 Stereograph Card - No Man’s Land near Lens, France. No Man’s Land was the area in between the opposing sides’ trenches. Multiple members of the 369th fought in battle at...

Stereograph Card - U.S. Transport Leviathan, Formerly the Vaterland. The 369th were transported back to New York from France on the Leviathan. Collection of Stuart W. Lehman

On the morning of November 17, 1919, six days after declaring Armistice, the French army and the 369th made their way on horseback to the Rhine. The French expressed their...

Lieutenant James Reese Europe wrote On Patrol in No-Man’s Land while recovering in a French hospital. With lyrics such as, “Don’t fear, all’s clear. That’s the life of a stroll...

United States Model 1910 “Bolo” Trench Knife. The type of knife used by Henry Johnson during the battle against the Germans. The term “bolo” and the shape of the blade...

Rise of the Harlem Hellfighters

America enters World War I and three days later the regiment is recognized by the federal government.

The regiment traveled to Camp Wadsworth in Spartanburg, South Carolina but face such severe discrimination from the locals that the regiment is moved to France to continue training.

The regiment lands in France but is only used as a labor unit, building roads and docks, while the regimental band, directed by James Reese Europe, toured hospitals and camps.

After months of rallying for combat, the 15th Infantry is granted permission to join the French Army as the 369th Regiment of the United States.

Henry Johnson, a native of Albany, New York, defeats over twenty German soldiers using a broken rifle, a handful of grenades, and a bolo knife in what became known as “The Battle of Henry Johnson.”

The 369th is welcomed home by massive crowds in a parade along 5th Avenue into Harlem.