Discover the story behind Thomas E. Dewey’s gubernatorial portrait in the Hall of Governors at the New York State Capitol. 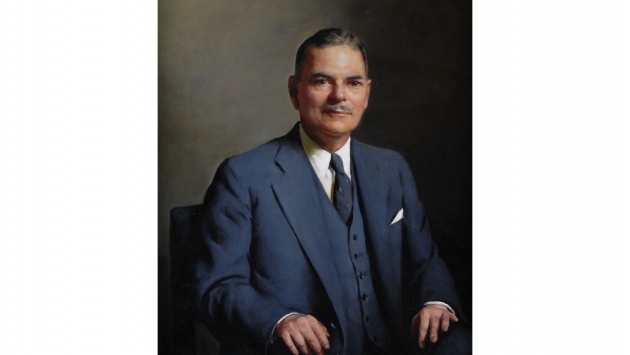 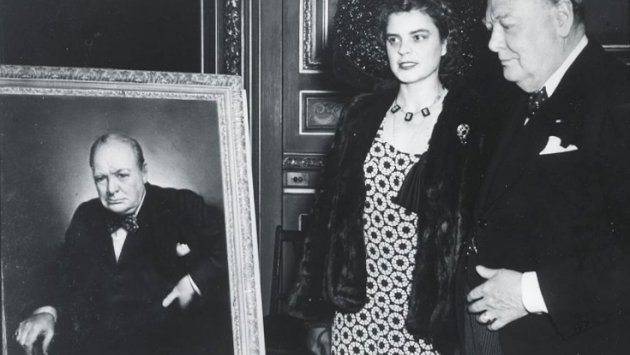 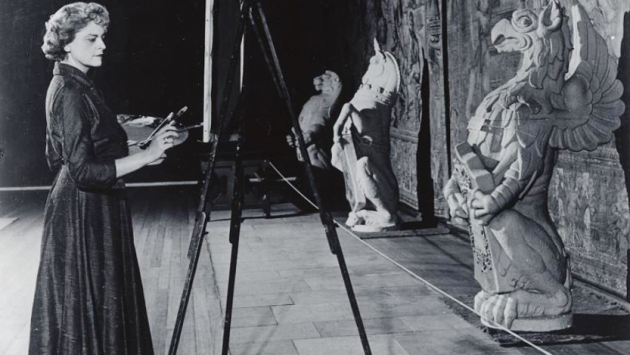 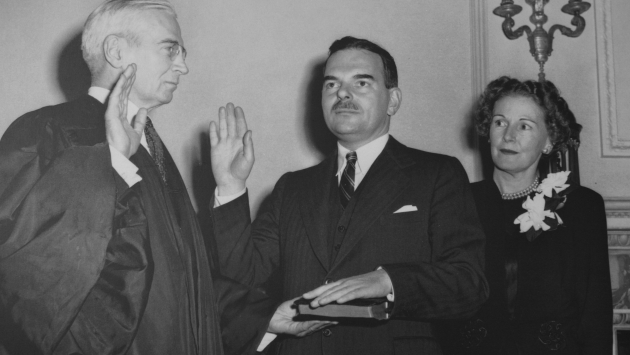 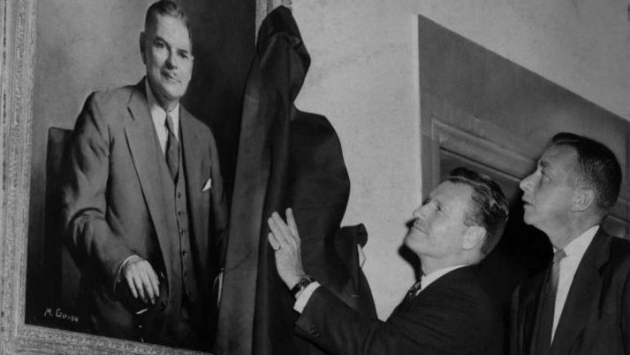 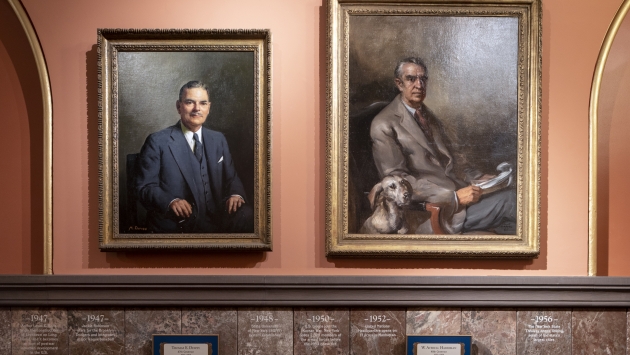 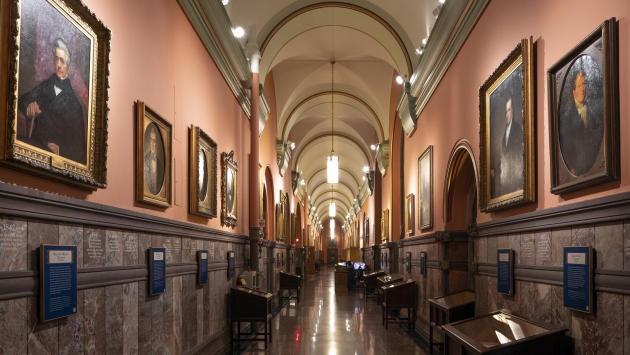 Guion’s portraits were exhibited in France, England and the United States.

Dewey takes the oath of office in the drawing room of the Executive Mansion.

Portraits of 47th Governor Thomas Dewey and 48th Governor W. Averell Harriman in the Hall of Governors at the NYS Capitol.

The Hall of Governors at the NYS Capitol features over 50 portraits of New York’s governors.

Where did Dewey work prior to his terms as New York State Governor?
Dewey gained recognition as a prominent prosecutor in the 1930s when he presided over organized crime trials in New York City.

Which significant bills did Governor Dewey sign into law?
On March 12, 1945 Governor Dewey signed the Ives-Quinn bill into law, which outlawed racial and religious discrimination in employment, making New York the first state in the nation to have such legislation.

Why is the NYS Thruway named after Governor Dewey?
Governor Dewey authorized the construction of the New York State Thruway in 1946 and it was renamed in his honor in 1964.

Did Dewey create the SUNY System?
Governor Dewey signed the law in 1948 that authorized the creation of the State University of New York (SUNY) system, making New York the last state to have a public university.

Was Dewey expected to win the 1948 Presidential Election?
According to the polls, the expectations for Dewey to defeat Harry S. Truman in the 1948 election were so high that one newspaper erroneously reported “Dewey Defeats Truman” prior to the results.

What did Governor Dewey go on to do after serving as New York State Governor?
Governor Dewey decided to retire from public life after serving his third and final term as Governor in 1954.  He went on to become a partner at Dewey Ballentine where he practiced law until his death in 1971.

Did Molly Guion learn any interesting facts about Dewey while painting his portrait?
In an interview with the New York Times from 1977, Guion remembers learning that Dewey was a talented singer but he chose not to embark on a professional career as a singer.

Which baseball legend did Governor Dewey play golf with right before he passed away suddenly?
Carl Yastzemski